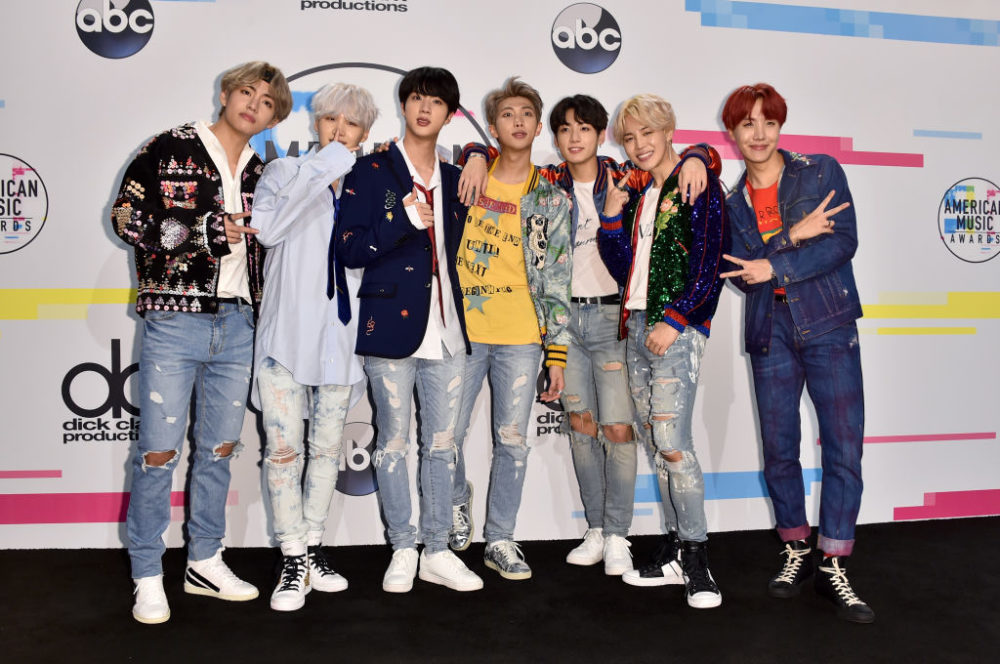 K-pop heartthrobs BTS closed their insurgent 2017 with a performance on Dick Clark’s New Year’s Rockin’ Eve with Ryan Seacrest 2018. The group performed two songs from their chart-storming EP Love Yourself: Her: “Mic Drop,” which received a Steve Aoki remix featuring Desiigner, and “DNA,” their first single to break into the U.S. Hot 100. The boys also performed at the American Music Awards and on Ellen in recent weeks, and Fall Out Boy just tagged BTS member RM for a remix of the band’s single, “Champions.” Watch their NYE performances below.