Review: BTS Aren’t Sure Where They Want to Go on the Entertaining But Uneven Love Yourself: Her

Home » New Music » Reviews » Review: BTS Aren’t Sure Where They Want to Go on the Entertaining But Uneven Love Yourself: Her

Anyone who lived through K-pop before 2015 and the advent of streaming can document the forced, ill-fated English-language collaborations with fading stars and the aggressive, poorly-targeted pushes in American media for artists who could seemingly never break through. But seven member boyband BTS has, largely through the power of their unfalteringly loyal ARMY fanbase, achieved feats from K-pop marketing executives’ and CEOs’ fever dreams: Billboard and Spotify chart records, a Billboard Music Award, and coverage in every English-language media outlet known to anyone with a smartphone. All with minimal push from Big Hit Entertainment, the small-time label that curated and primed the boys—Jin, Suga, J-Hope, Rap Monster, Jimin, V, and Jungkook—for idoldom.

The boys have shifted tones throughout their career, from their 2013 and 2014 releases that drew heavily from 90’s West Coast rap and Justin Timberlake-lite R&B to their Most Beautiful Moment in Life and You Never Walk Alone series, where they combined moombahton, alternative rock, trap, and EDM. From sharing one single bedroom in their dorm to garnering global attention, the members of BTS are facing a dilemma that plagues any artist who has achieved some modicum of success after a shift in sound: Do you attempt to rediscover your roots, or do you move further and further away? Throughout Love Yourself: Her, their new album, BTS acknowledge their passionate fans and playfully admonish them, experiment further with electronic production alongside in-house producers and guest producers alike, and draw upon their early career inspirations of 90’s hip hop. The result is an album that is thematically confident in its separate halves but musically disparate.

On the exquisite album opener “Serendipity,” lead vocalist Jimin sounds equal parts sensual and soothing against the sparse, delicate electronic-tinged R&B arrangement—a fascinating start for an album from a group best known for their memorable stage performances and rap-forward sound, but a welcome one nonetheless. “Best of Me” ventures further into dance and electronic territory with the guidance of Andrew Braggart, frat bro EDM icon and 50% of The Chainsmokers. It’s immensely uplifting fare that closes on millennial whooping and centers around a building anthemic sound—a track that’ll fare well in the venues they’re bound to fill within the next few months.

All-lowercase “dimple,” which could pass as either Twitterspeak or an e.e. cummings tribute, is as adorable as future bass can get, with some clever wordplay. “Pied Piper,” equal parts Daft Punk’s Random Access Memories and Calvin Harris’ “Slide,” is one of the strongest tracks on the album, an overdue summer jam where the members playfully roast their fans for abandoning all their responsibilities in the face of a new BTS release or music video: “Now stop watching and study for your exams / Your parents and boss hate me.” 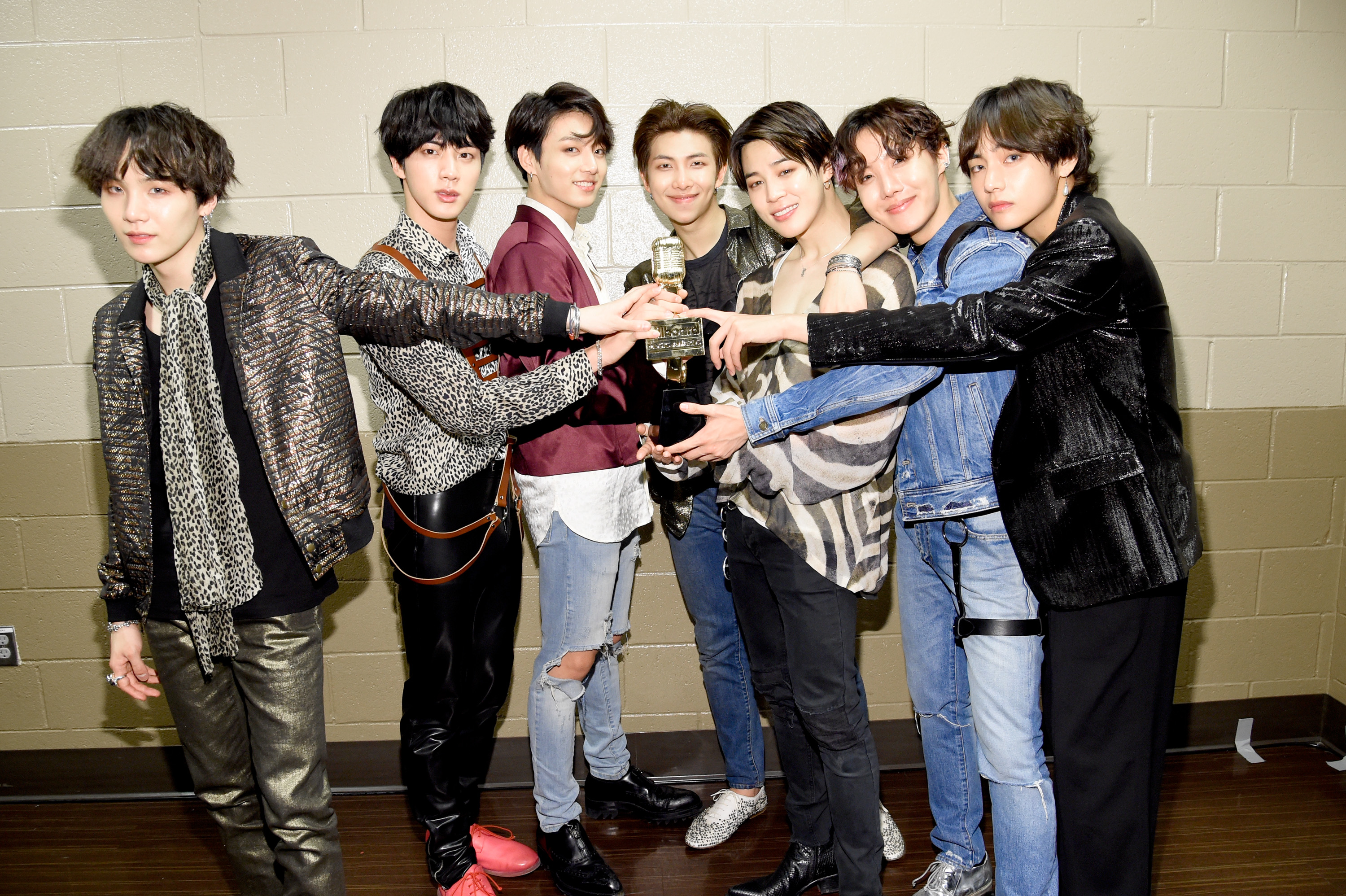 BTS Members to Sign Up for Korean Military Service, Plan to Reunite in 2025

“Skit: Billboard Music Awards Speech” incorporates Rap Monster’s speech at the BBMAS and clearly demarcates the two sonic halves of the EP: pop and electronic BTS before, and old school hip-hop and trap BTS after, where BTS begins to falter. “MIC Drop” is their President Obama-inspired middle finger to all their critics which, though inspiring in its lyrical confidence, doesn’t push any musical boundaries: the members are backed by an ordinary trap beat and sampled gunshots as they boast “So many trophies in my hands/Too heavy, my hands aren’t enough.”

Ultimately, the biggest disappointment comes during the first half of the EP. Lead single “DNA” filters the universal theme of love through cosmic and corporeal imagery, its whistle and guitar-backed verses and staccato pre-chorus leading up to a void of a drop—essentially an anti-chorus when compared to their other offerings. But what was teased as a high-energy K-pop take on Peter Bjorn and John’s “Young Folks” turns out to be a hodgepodge song, featuring too many bells and literal whistles packed on top of a noncommittal melody. The Vaseline-level processing smears their vocals and flattens out all dimension. And when members like V—with his husky baritone—and Jimin—with his light voice—possess two of the more unique vocal tones and ranges within top level K-pop boy bands, it’s criminal to obscure that with thick autotune. Compared to the moving Brit rock and alternative stylings of “Spring Day” or the throbbing “Blood, Sweat, and Tears,” or even the teenage bluster and braggadocio of “Boy In Luv,” “DNA” is an outlier.

Love Yourself: Her fares better than most of its predecessors in its line distribution; the oft-unheard Jin gets his chance to shine, and the tracks properly utilize his cotton candy-light voice. Jungkook, as expected, shines throughout with his consistent vocal work, and the rap-line boast their distinct styles throughout, from J-Hope’s rapid-fire style to Rap Monster’s bilingual wordplay and Suga’s rhythmic rapping. But when compared to fully-realized albums and EPs like Wings and The Most Beautiful Moment in Life, Part 1 and 2, Love Yourself: Her comes up short, not quite the follow up needed after a line of gestamkunstwerks where visuals, lyrics, and sounds united under fully-realized concepts. Love Yourself: Her, as one-half of their new thematic concept, feels half-baked and leaves fans hoping for Love Yourself: Her’s follow-up to clearly cement the group’s future.

On “Outro: Her,” a track that echoes their earliest EPs, Rap Monster encapsulates the issues in Love Yourself: Her: “But I found myself / The whole new myself / I’m confused too, which one’s the real me?” They alternate between embracing current trends and the sonic stylings of their neighbors on the Spotify and iTunes charts—Bieber, Puth, Harris—and proving they’re still the plucky boys who flew to Los Angeles to learn more about West Coast hip-hop. As the first part of a new era, Love Yourself: Her doesn’t make a clear statement on the direction BTS will go in. It wants to say the boys don’t have to decide: that the rappers who cut their teeth in the Korean rap scene pre-debut and the vocalists who admire Western pop don’t have to compromise. But the schism, marked by the audio of their most talked-about career moment thus far, is far too clear.