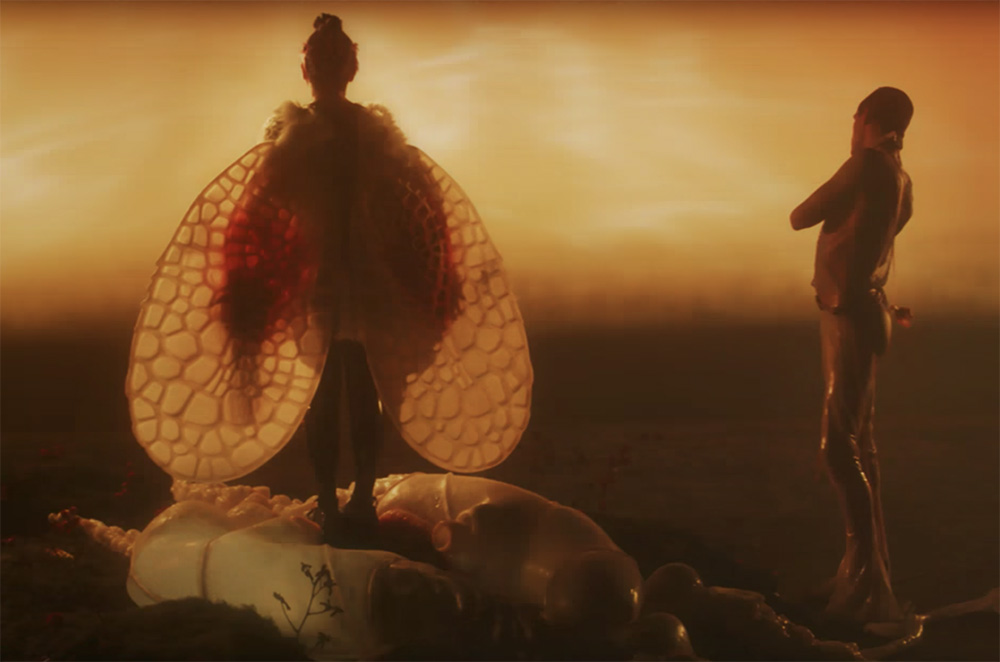 Björk has released a new video for “Arisen My Senses,” a song off of her tenth studio album Utopia. The clip features Björk and Arca emerging from an alien womb and exploring an imaginary fantasy world. The video is directed by Björk, Arca, and frequent collaborator Jesse Kanda, who also designed the cover art for Utopia. Watch the video now at WeTransfer.

Björk has also released videos for Utopia tracks “Utopia,” “Blissing Me,” and “The Gate.”