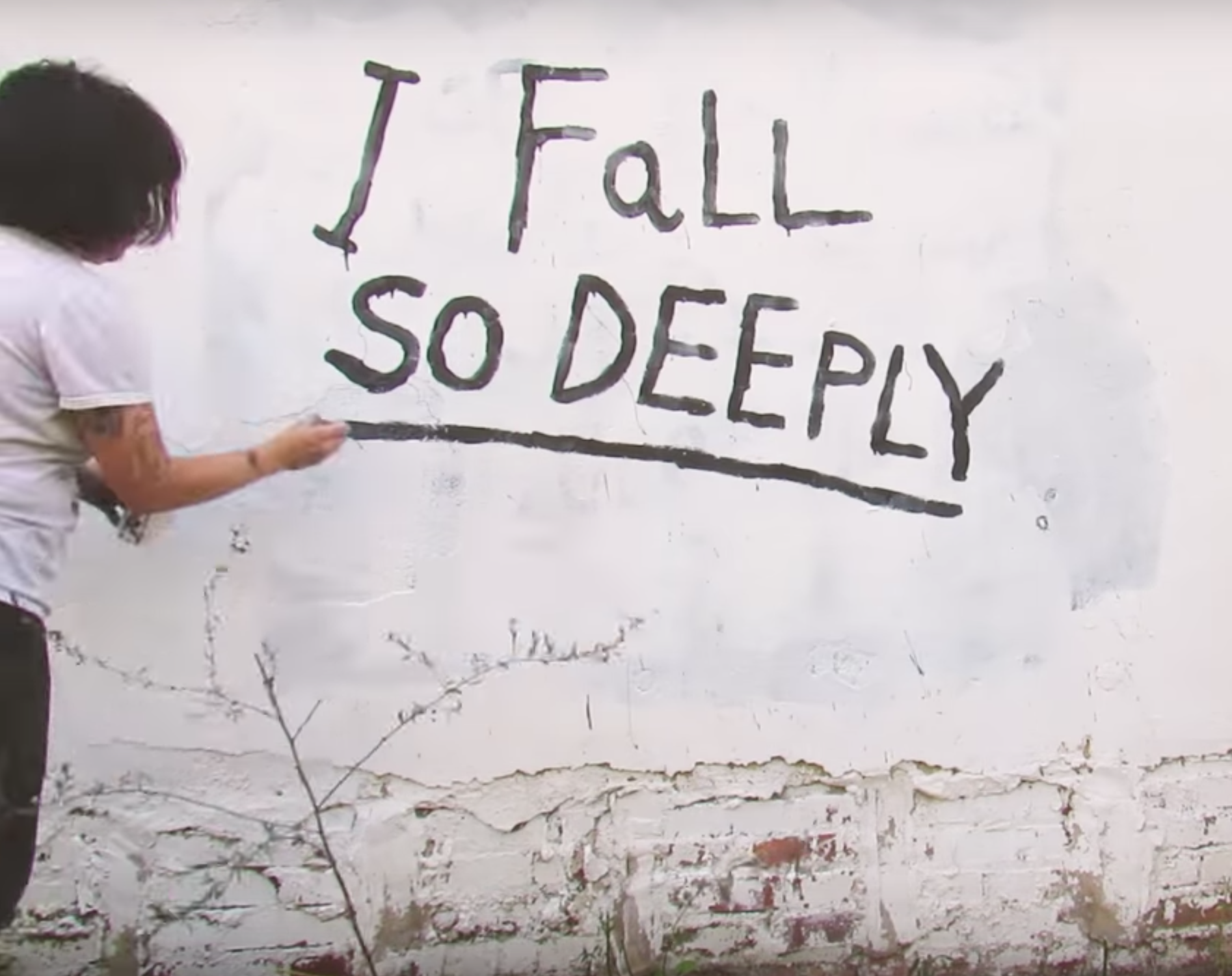 Screaming Females’ new release, “Deeply,” is a restrained and slightly wistful outing for the celebrated Jersey punk band. The snare that largely marks time in the song cuts in sporadically, giving the track a stark and fractured quality that is similar to the band’s fiercer recent single “Glass House.” However, “Deeply” never culminates into a mess of distortion or a consistent backbeat. The track comes complete with a video featuring the Females’ lead singer, Marissa Paternoster, spray-painting its lyrics onto a wall. The song, propelled by a droning organ-like sound, encourages the listen to “get high and quiet” and “get high for entry.”

Screaming Females’ new double album, All at Once, is out on February 23 on Don Giovanni Records. The band pressed a 24-copy limited edition 7″ of its first single, “Black Moon,” in September, which was later released digitally. Watch the video for “Deeply” below.