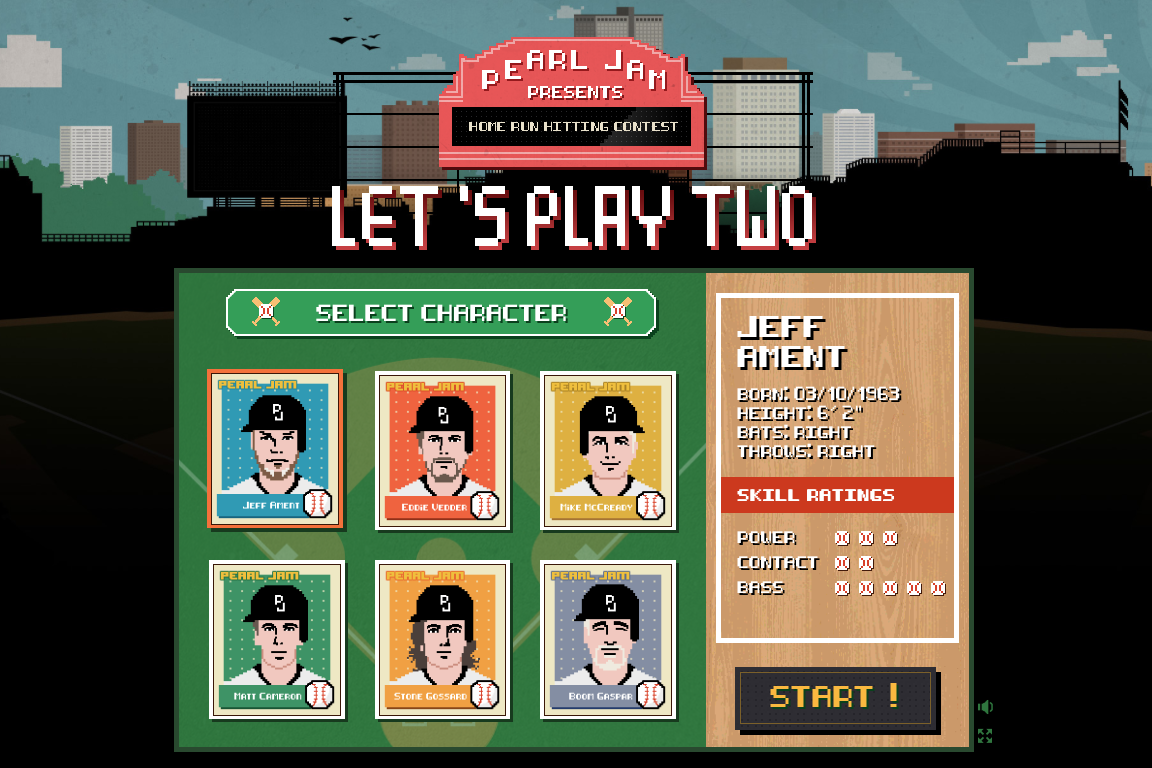 Pearl Jam recently released Let’s Play Two, a live album and concert documentary about their 2016 performances at Wrigley Field during the Chicago Cubs’ championship season. To promote the film, the band has now released an 8-bit browser game. It’s a home run hitting contest, also set at Wrigley Field. Players choose a member of Pearl Jam from a baseball-card lineup and attempt to hit as many homers as possible in 60 seconds. It’s pretty simple, and personally, I’m terrible at it. The current high score is over 10,000, though, so you’re going to have some competition for the swag, which includes an autographed Cubs baseball and a customized bat. Play the game here, or just get the idea in the trailer animation below.

Test your baseball skills with the #LetsPlayTwo game for a chance to win a signed @Cubs baseball & #PearlJam bat. https://t.co/dvf5kGydAq pic.twitter.com/dTiDdvaDIr