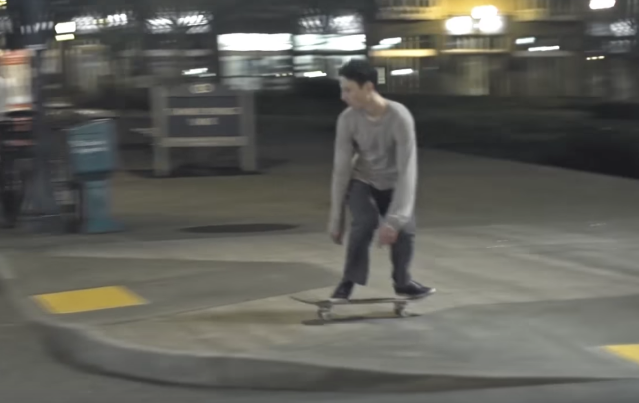 In the last few months, the veteran underground-rap expressionist Aesop Rock has teamed up with Homeboy Sandman on Triple Fat Lice, their third collaborative EP, and he’s also scored the extremely watchable low-budget action flick Bushwick. Now Aesop has come out with “Hot Dogs,” a standalone benefit single that raises money for Grind For Life, a cancer-support charity founded by the cancer-survivor pro skater Mike Rogers. The song itself is, even by Aesop’s standards, a murky flicker. And the video is very cool. Director Kurt Hayashi films the pro skater Jake Gascoyne as he travels through a desolate, near-abandoned downtown, doing tricks and encountering a new friend. Aesop himself gets in a bunch of cameos as different bystanders. Check it out below.

Aesop Rock Is a Stay-at-Home Puppet in ‘Kirby’ Video