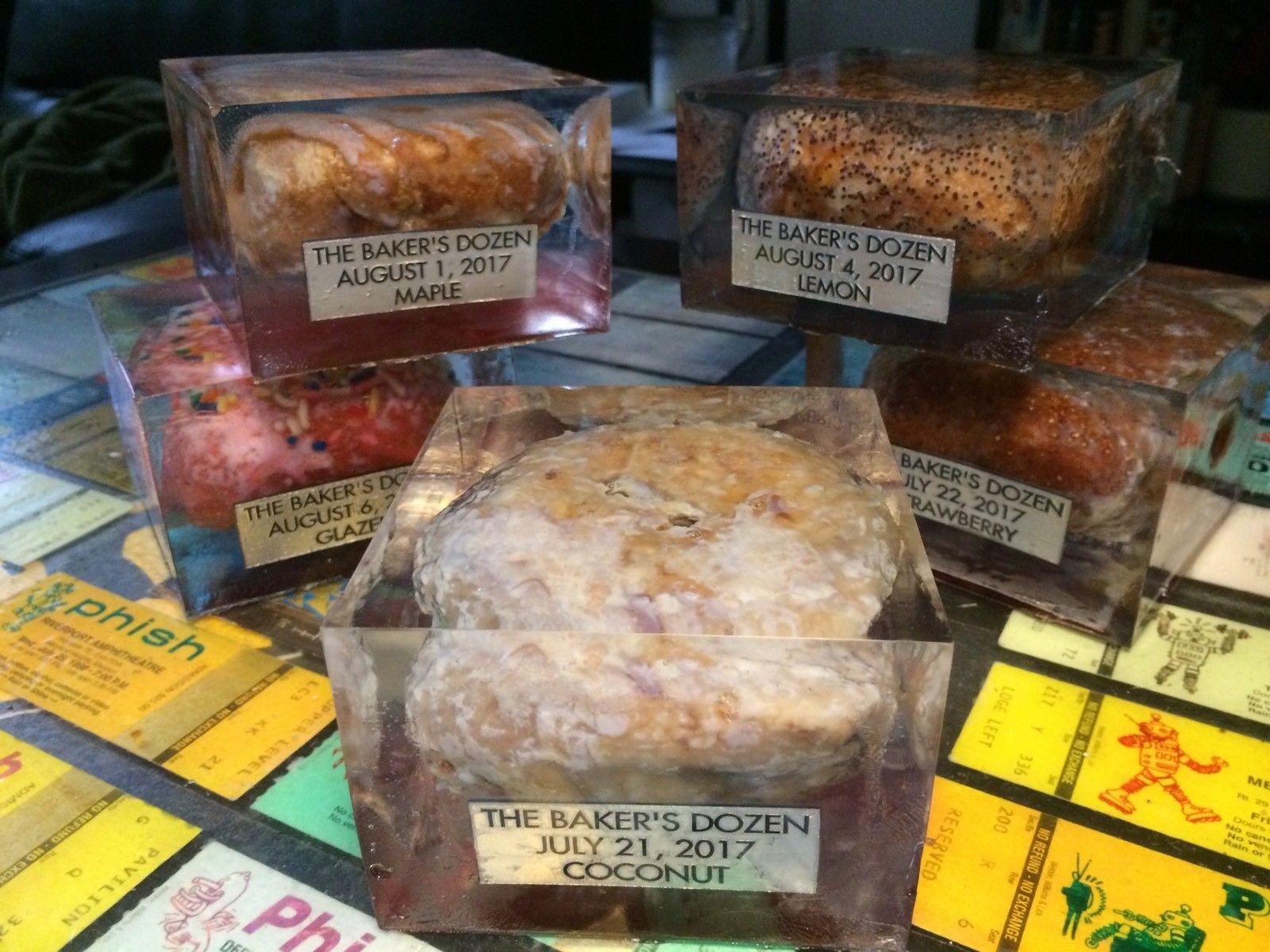 This summer, Phish staged an unprecedented 13-night run at Madison Square Garden, peppering each set with extended improvisations, rarely performed songs, and one-off covers of bands like Radiohead and Fleet Foxes. They dubbed the extravaganza “Baker’s Dozen,” and each night had a corresponding flavor of donut that loosely informed the setlist and was handed out to fans at the door. (The flavors, of course, included “jam-filled.”)

While most reasonable Phishheads probably scarfed down the tasty pastries as soon as they got a hold of them, as Relix points out, one deranged fan preserved several of them in plastic cubes and is currently selling them on eBay. From the looks of the attached photos, user mstrjollo has at least five of these fossilized treats, but for now he or she is only listing two of them for sale: coconut and maple. Each of them has a starting bid of $350 and a “buy it now” price of $499. You may not be surprised to learn that neither has attracted any bids yet. If you’re balking at the price, consider the elaborate preservation process, as detailed in the listings:

The Donut was immediately frozen, then freeze dried. Treated with color preservatives and clear vinyl compound then set in a polyester plastic compound. Total of 4 week process.

The majority of these donuts were eaten immediately. This is a very rare piece and will last… forever.

A certificate of authenticity to prove these are the real deal and not some plebeian stuff garbage Dunkin’ would be nice, but no dice from the looks of the listings. If this sounds like something you absolutely have to have, head over to eBay.