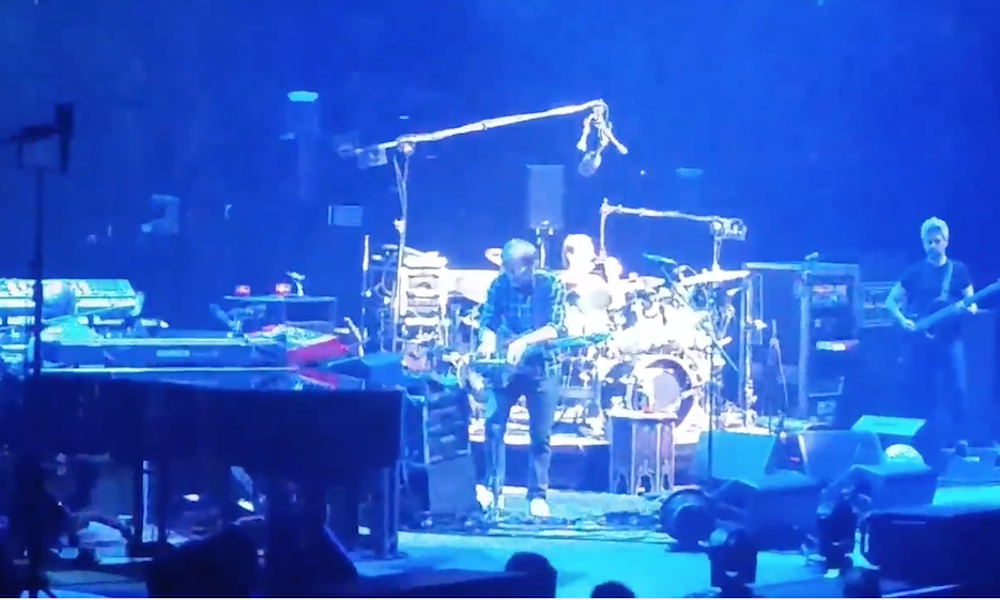 During the 11th night of their 13-show residency at Madison Square Garden, Phish covered Radiohead’s “Everything in Its Right Place” from Kid A. As Rolling Stone notes, this is the first time the legendary jam band has performed a Radiohead track. At the start of each night of the “Baker’s Dozen” MSG residency, Phish distributes a flavored donut to concertgoers to establish the evening’s theme; Friday’s donut was lemon-flavored, which explains the song choice (Sample lyric: “Yesterday, I woke up sucking on a lemon.”)

Earlier in the residency, the group covered Fleet Foxes’ “White Winter Hymnal,” which inspired Fleet Foxes to attempt a half-assed cover of Phish’s “Bouncing Around the Room” the next night. Watch Phish’s version of “Everything in Its Right Place” below.