Kanye West Called NBA Player Mike Conley Jr. Out of the Blue One Night to Give Him a Pep Talk 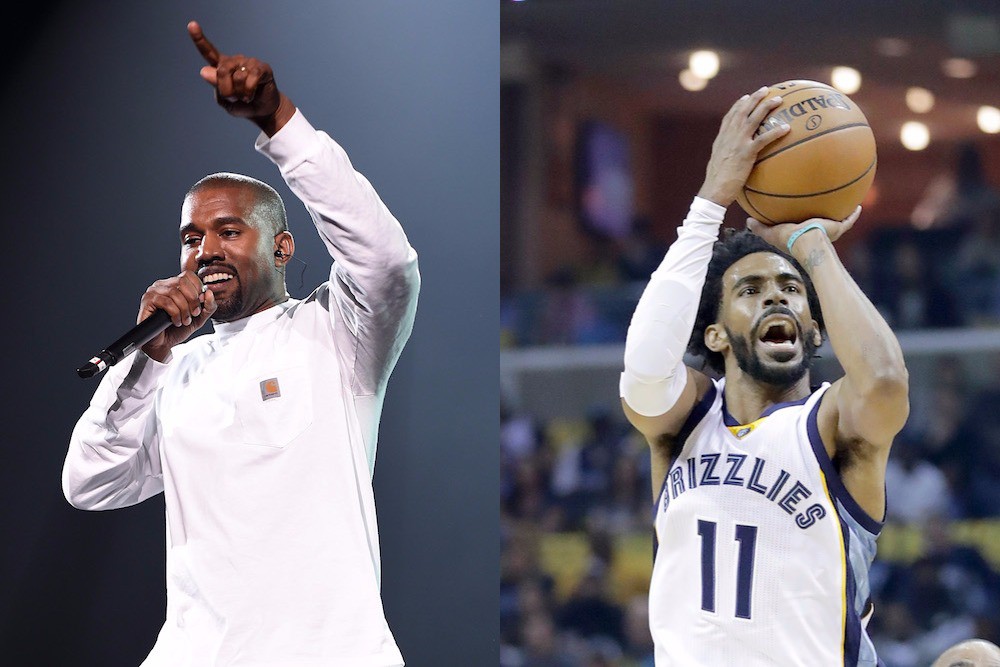 Although he’s still in somewhat of a self-imposed seclusion, Kanye West is apparently not too much of a hermit to deliver a late-night phone call. Memphis Grizzlies guard Mike Conley Jr., who’s coming off his best statistical season, told reporters yesterday that West called him one night out of the blue to give him a pep talk about being an underdog. Here is the story in Conley’s own words:

[He said], “I just want to let you know that I admire you. I really like what you do. I hate to see that you’re underrated.” Just going through these things like he actually watches me play. That’s what I was thinking in my head, “He knows a lot about me.” He wasn’t reading off a paper or anything. He was just like, “Man, I just think that you can be up here, and they just don’t see you like that.” I was just like, “Man, I 100 percent—I’m with you. I understand. What can we do? Help me.”

West said himself that he “done played the underdog my whole career,” so it does make sense that he personally relates to Conley’s predicament. Anyways, the NBA season is a couple of weeks away. Kanye West’s eighth album will drop whenever he’s ready.

VIDEO: Mike Conley got one of those famous late night calls from Kanye West this summer. The phone call story is hilarious. Check it out. pic.twitter.com/zZIJfXV747