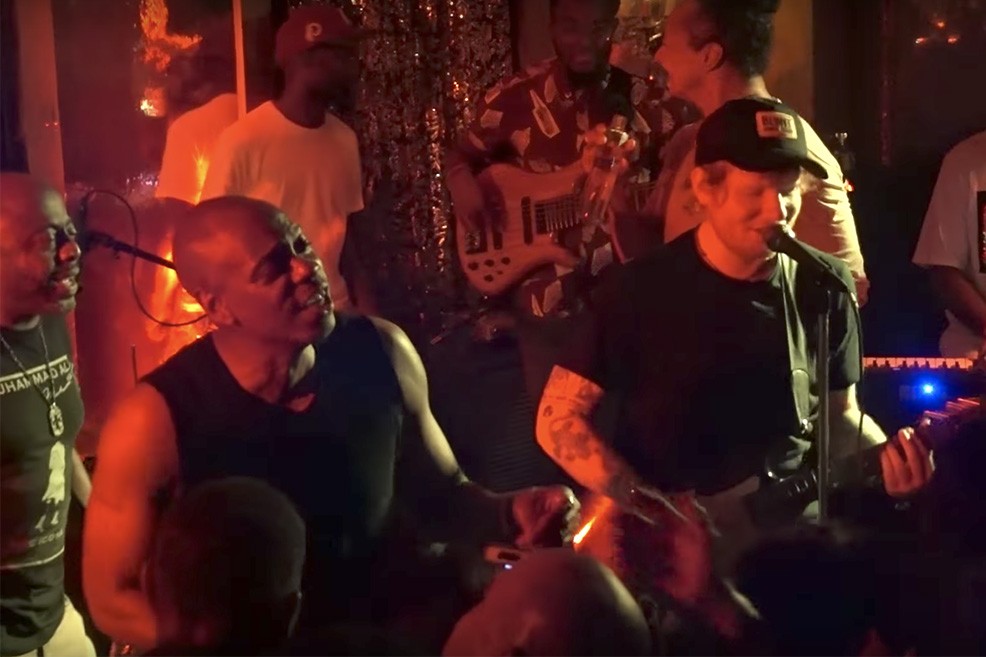 After playing a show at the Capital One Arena, Sheeran stopped by a celebratory “Pop-Up Jam Session” at the 18th Street Lounge honoring hometown hero Chappelle for his 30th year in comedy and his first Emmy Award.

The two covered “Creep” by Radiohead, “Aint No Sunshine” by Bill Withers, and “Superstition” by Stevie Wonder (“Creep” is somewhat of a Chappelle standard at this point). The pair were accompanied by legendary harmonica player Frédéric Yonnet, who has performed with Prince, Erykah Badu, and even Stevie Wonder himself.

Though the pairing of the 26-year-old British crooner and the 44-year-old stand up veteran might seem odd, the two actually have a standing jam session, according to Sheeran. In an interview with a DC radio station before his show last week, Sheeran discussed crashing a Dave Chappelle afterparty in London, and that, “ever since then, when he has jams and he’s in town, I’ll go and jam.”

MTV just announced that Sheeran will be a guest on the first episode of the TRL reboot next Monday. The singer also recently announced an extensive stadium tour of the US in 2018, kicking off in Pasadena, California next August.