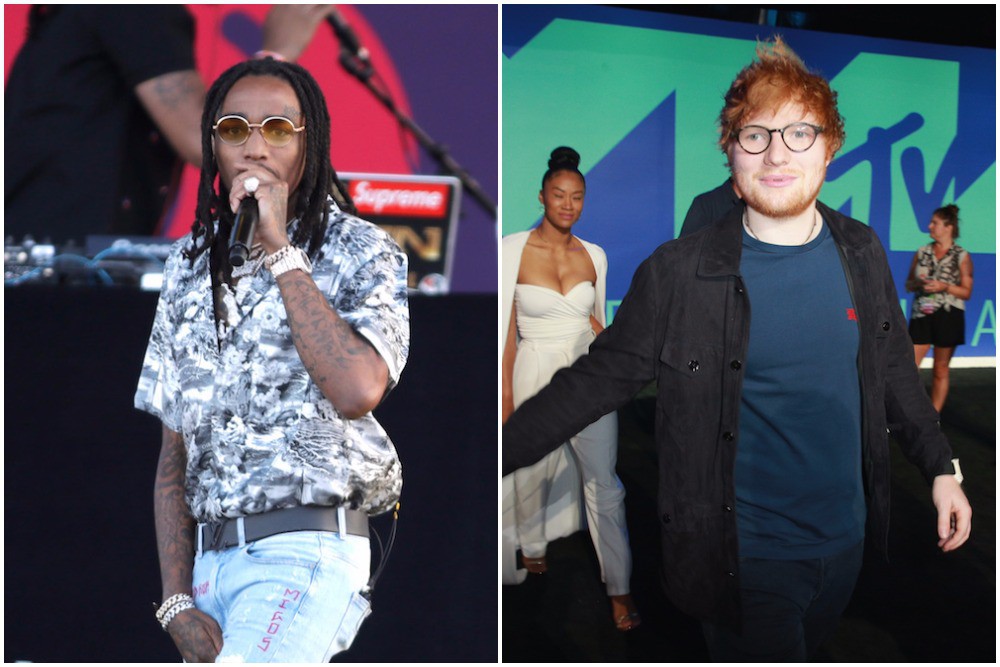 MTV’s TRL revival kicks off next Monday. The network has revealed that Migos and Ed Sheeran will be the reboot’s first guests. The artists are two of the most commercially bankable of the year: Both have No. 1 singles and Quavo has been a workhorse when it comes to high-profile features.

TRL will air from MTV’s Time Square studio at 3:30 p.m. Carson Daly isn’t coming back, and instead, hosting duties will be handled by five new stars. The reboot is part of the channel’s mission to appeal to a younger demographic, who may not be intimately familiar with the TRL brand but nonetheless are into Migos and Ed Sheeran.