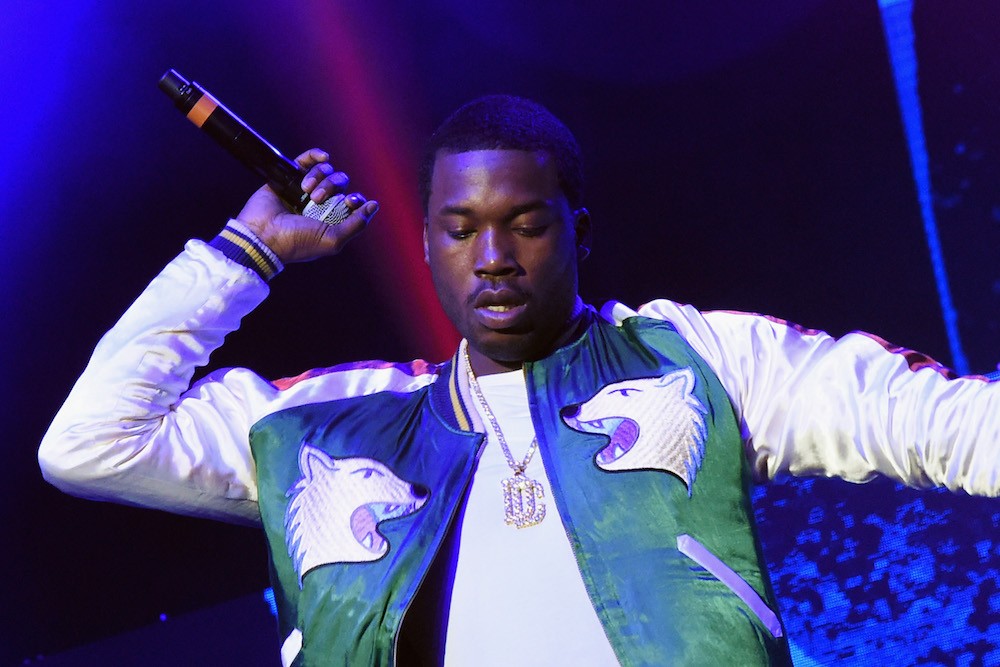 Daily News reports that Meek Mill was arrested Thursday night on reckless endangerment charges. A police spokesman said the Philadelphian rapper was popping wheelies on a dirt bike with no helmet in Manhattan’s Inwood neighborhood on Wednesday. Investigators reportedly saw a video of Meek Mill riding the dirt bike on his Instagram.

Meek Mill’s Instagram streamed his encounter with the cops in the moments before the arrest. Although Meek Mill isn’t visible in the clip, an interrogating officer can be heard citing the Instagram video of the bike ride as the reason for the stop.

Meek Mill’s lawyer Joseph Tacopina argued that cops did nothing when they saw the rapper doing wheelies on Wednesday and that’s he’s being singled out because of his celebrity. “That level of investigation is normally reserved for heinous crimes, not for petty offenses like doing a wheelie on the street where you’re endangering no one’s life but your own,” he said, according to the Daily News.

Before the arrest, Meek Mill appeared on The Tonight Show to perform “Young Black America,” a song that examines the systemic bias against African-Americans. Watch the performance below.