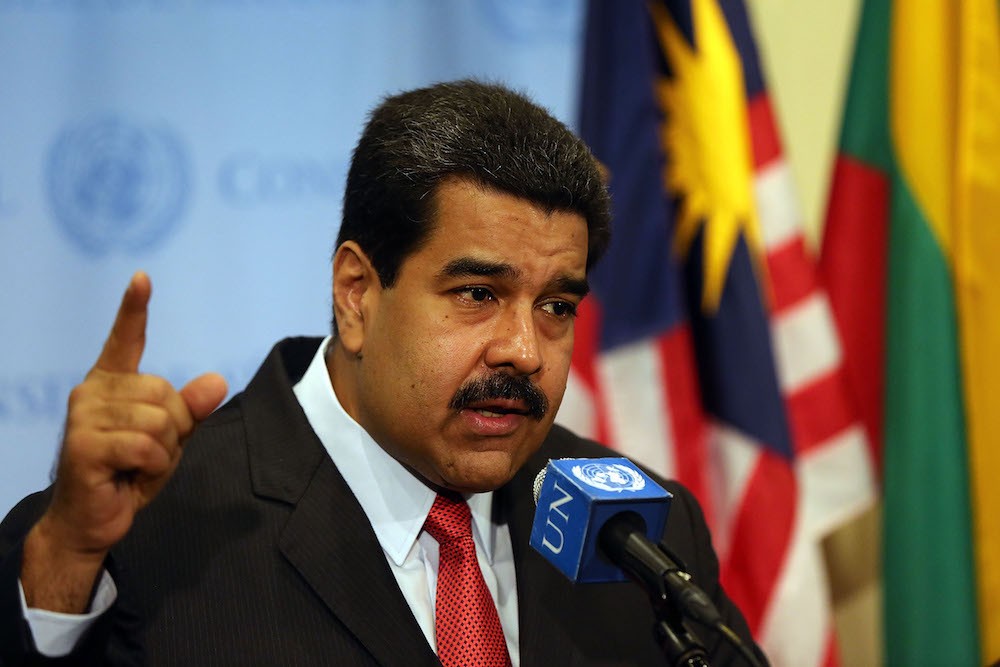 Here’s a sentence that reads like dystopian satire of global affairs circa 2017, but is in fact just something that really happened recently. Nicolas Maduro, the power-hungry left-wing president of Venezuela, broadcast a parody of “Despacito” at a rally this week to drum up support for his proposed rewrite to the nation’s constitution, which would effectively install him as dictator of the struggling Latin American nation. Thanks to falling oil prices and corruption, Venezuela’s government and economy have spent the last two years or so in a death spiral, and Maduro has said his very unpopular plan is the only way to bring peace to the country. Meanwhile, clashes between the government and protesters against the so-called “constituent assembly” have turned extremely violent, with at least 100 people dead in the fighting as of last week.

Meanwhile, Maudro and his gathered supporters were clapping along to their remix of the Luis Fonsi-Daddy Yankee-Justin Bieber megahit on live TV, with lyrics like “Dear brothers here, I am singing to you / I have a great message for you / It is the call to the constituent that only wants to unite the country.” Watch it below via NBC News:

Fonsi and Daddy Yankee both spoke out against the appropriation of their tune on social media. Bieber, so far, is silent.