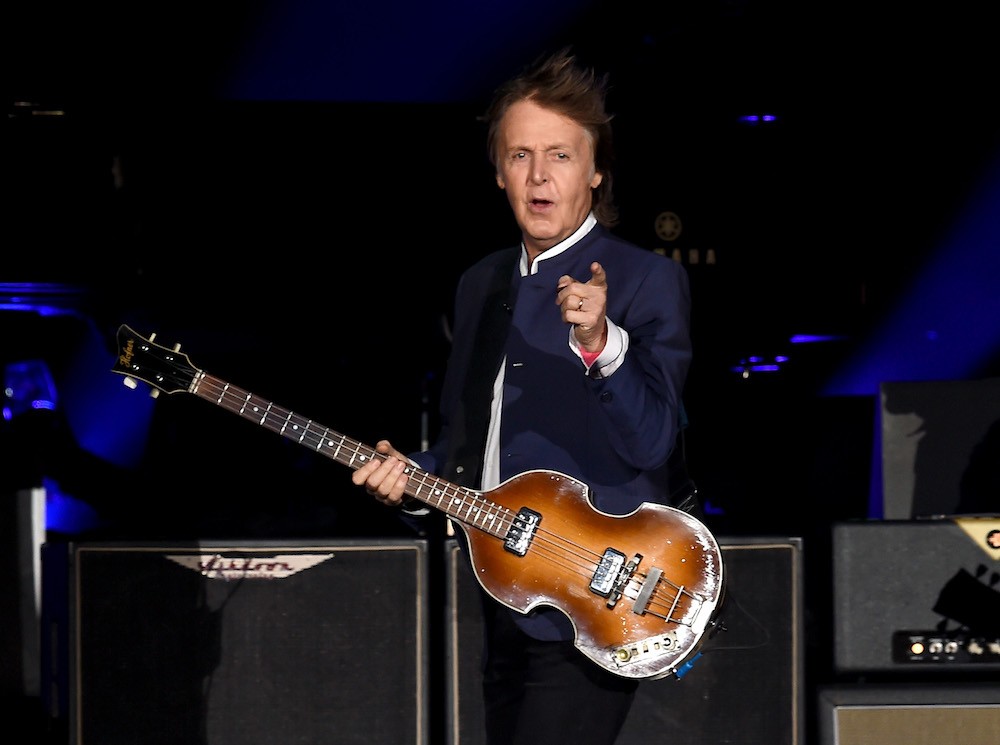 It doesn’t take a lot to mock the Westboro Baptist Church, the apocalypse-humping naysayers who protest anybody they claim isn’t living a properly God-fearing life, which is everybody. Just about anybody can life a happier, more fulfilling existence than a retrograde doom cult whose members free themselves the moment they realize every part of their life sucks. One of those happier existences belongs to Paul McCartney, who was greeted by the WBC before his Wednesday show at the INTRUST Bank Arena in Wichita, Kansas. Instead of getting annoyed by signs like “MAN’S JOB: OBEY GOD,” Sir Paul had some fun at their expense by using the prime rhetorical weapon of the 21st century: the meme.

Thanks Westboro Baptist Church for the warm welcome! #OneOnOne pic.twitter.com/KZmycxMgq9

That’s a solid 3/10 on the Photoshop job, though if Paul did it himself, he can be forgiven—you don’t need to know how to properly edit images when you’re a Beatle.