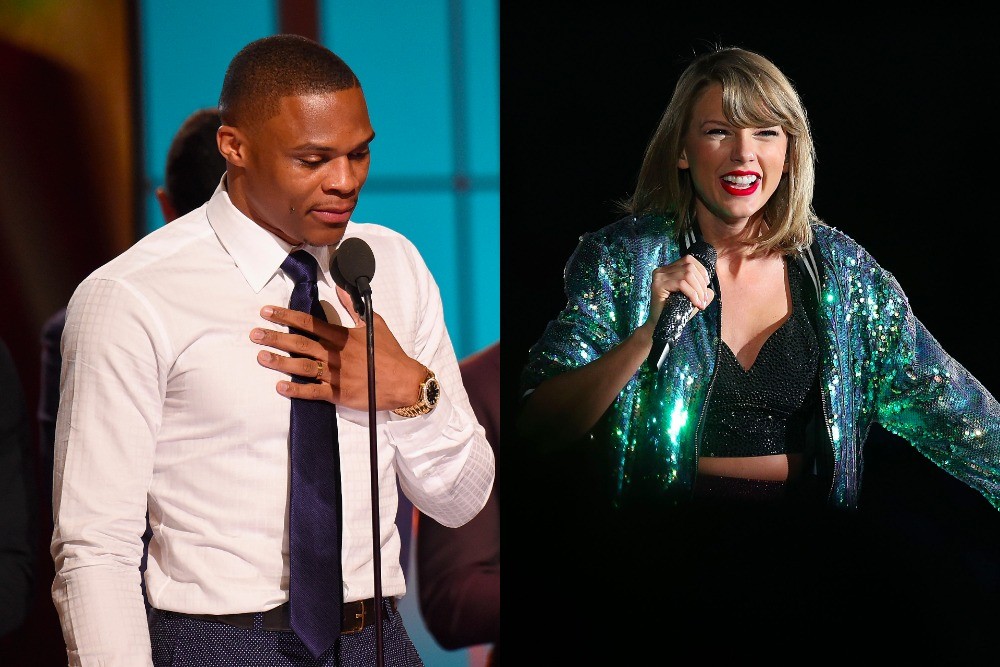 Oklahoma City Thunder point guard Russell Westbrook is the NBA’s Most Valuable Player, as named on Monday night. He’s also a Taylor Swift fan: Westbrook has recorded videos of himself singing along to Swift songs like “Bad Blood” and “We Are Never Getting Back Together” in his car, and at her concerts. Shortly after the MVP was handed out, Taylor released a video where she congratulates Westbrook, by way of making up a phony story of how they go back so many years, and how she taught the ferocious guard—the first player since Oscar Robertson in 1961-62 to average a triple-double across a full season (which for non-sports-following readers of this site, means he scored a lot and did a lot of other statistically measurable, competitively valuable stuff on the court)—everything he knows about basketball. A lot of replies to the video, which was posted by the official OKC Twitter, seem to be kind of angry about it, but it’s corny and sweet as Swift typically is. Watch it below.