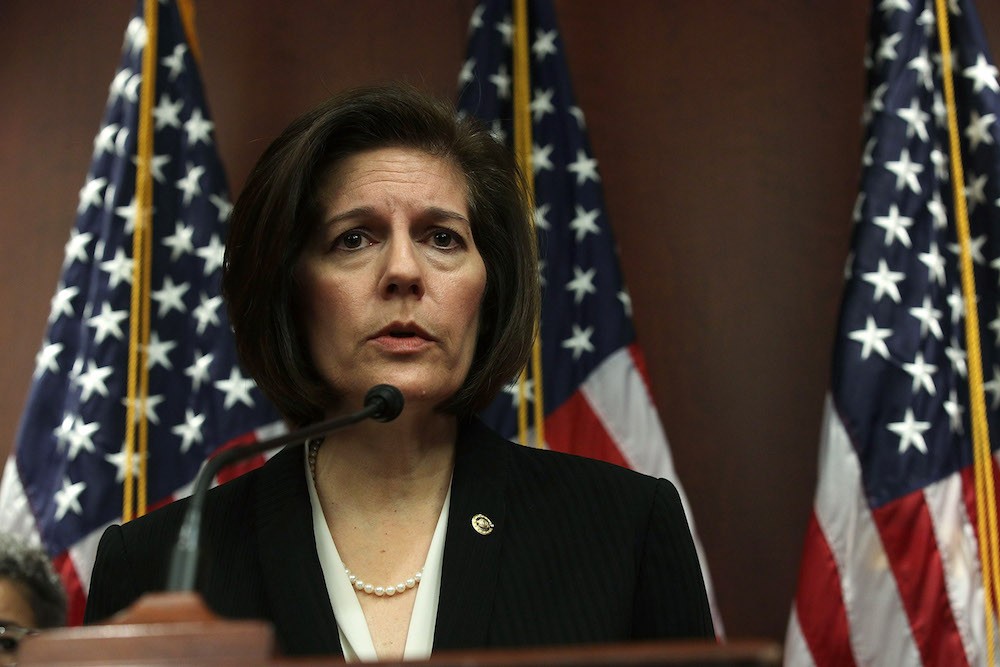 Democratic U.S. Senators Bob Menendez of New Jersey and Catherine Cortez Masto of Nevada have written an open letter to the organizers of South by Southwest, asking them to consider moving the festival from its longtime Austin home to someplace outside of Texas. The reason is the state’s newly passed Senate Bill 4, signed by Governor Greg Abbott last month, which enlists local law enforcement agents to enforce federal immigration law and penalizes those departments and officials that don’t comply.

“In America we believe that people should be judged by the content of their character, not the color of their skin, but that is not what SB4 does,” the senators wrote in their letter. “As we saw in previous failed attempts by states that tried to adopt ‘show me your papers’ legislation, these laws essentially legalize discrimination based on the color of your skin or the way you speak.”

The reference to previous “show me your papers” legislation refers in part to Arizona’s 2010 immigration law, which required local law enforcement officers to demand identification of anyone suspected of being in the country without citizenship. Anti-deportation activists pointed out, rightly, that the rule essentially made racial profiling of Hispanic people the law of the land in Arizona. After a lawsuit from the National Immigration Law Center, the state dropped the key provision of the law last year. In a statement made after the signing of SB4, the NILC also compared it to the law in Arizona, calling Texas’s law “among the most radically anti-immigrant state-level bills to be enacted in recent history.”

SXSW had its own spat with activists last year over contract clauses that detailed the festival’s option to alert federal immigration authorities about performers who had violated its policies. The festival, which has generally taken a strong pro-immigrant public stance, insisted that the clause only existed in case of extreme violations, and that it had never been implemented in SXSW’s 30-year history. After pressure from bands and activists, the festival agreed to drop the controversial clause from contracts going forward.

In the letter, the senators are asking SXSW CEO Roland Swenson to relocate the festival out of Texas until SB4 ” is repealed or overturned by the courts.” It seems unlikely that the festival will move out of the city it has called home for the last three decades, but who knows? Read Menendez and Masto’s letter full letter here.

Update (1:55 p.m.): In a statement provided to SPIN via email, Swenson said that SXSW is opposed to SB4 but will not leave Austin:

We stand by the City of Austin in their challenge against SB4 and will continue to speak out against it, and all discriminatory legislation.

We agree with the Senators that the law stands diametrically opposed to the spirit of SXSW and respect their call to action. We understand why, in today’s political climate, people are asking us to leave Texas.

For us this is not a solution. Austin is our home and an integral part of who we are. We will stay here and continue to make our event inclusive while fighting for the rights of all.