How SXSW Got Pegged as the Anti-Immigration Music Festival 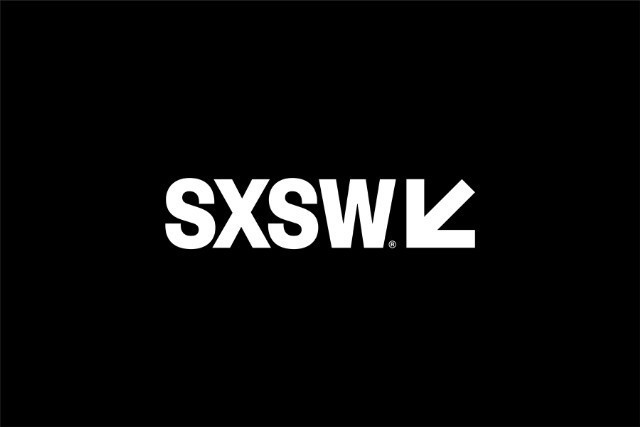 Over the last 24 hours, the long running festival SXSW has been engulfed in controversy regarding two provisions of its contract with artists who perform there. After a flurry of criticism from musicians who derided the contracts as “chilling” and “threatening” to immigrants and artists from abroad, the festival’s organizers have stated their intent to amend the controversial language for future SXSW installments.

On one side, there are the musicians like Priests, Downtown Boys, Told Slant, Sheer Mag, Ted Leo, Immortal Technique, and Girlpool, all of whom signed an open letter to SXSW’s organizers demanding the removal of the language and a public apology. According to these artists and dozens of others who also signed the letter, the controversial clauses of the SXSW contract, regarding the hundreds of bands from abroad that perform at the festival each year, represent SXSW’s collaboration with the Donald Trump administration and its “campaign of fear and hate toward non-citizens.” According to the festival’s organizers, who have released multiple statements on the matter, the issue stems from a misunderstanding of standard provisions that have no nefarious implications, and that have been in place at SXSW since 2013.

Which of these camps you fall into depends on your willingness to believe that SXSW would alert federal immigration authorities to deport international bands performing there that had violated the festival’s policies, a measure it claims it has never taken in its 30-year history, but that is nonetheless spelled out as a possibility in its contract. Each side has a good point to make, and the truth probably lies somewhere in the middle.

The Clauses That Started it All

First, we should consider the provisions of the contract that have come under scrutiny. Musicians began criticizing SXSW Thursday afternoon, after Felix Walworth of Told Slant tweeted a screenshot of their SXSW contract with the caption “After looking through this contract sent to me by sxsw I have decided to cancel Told Slant’s performance at the festival.” Walworth took issue with two key lines from the contract. Here’s the first one, with our emphasis added:

If SXSW determines, in its sole discretion, that Artist or its representatives have acted in ways that adversely impacts the viability of Artist’s official SXSW showcase, the following actions are available to SXSW:

And here’s the second one:

International Artists entering the country through the Visa Waiver Program (VWP), B visa or any non-work visa may not perform at any public or unofficial shows, DAY OR NIGHT, in Austin from March 10-19, 2017. Accepting and performing at unofficial events (including unofficial events aside from SXSW Music dates during their visit to the United States) may result in immediate deportation, revoked passport and denied entry by US Customs Border Patrol at US ports of entry.

It’s also important to understand one key dynamic of how the festival runs. Along with the dozens of “official” SXSW events that happen at venues throughout Austin during the week of the festival, there are dozens more unofficial showcases that have no formal relationship with SXSW but nonetheless draw interesting bands and big crowds by being adjacent to the festival. These unofficial shows are a big part of the festival’s appeal, but they don’t actually funnel any money to SXSW the organization. SXSW would prefer that bands stick to official events, and bands would be prefer to be able to play as many shows as possible while they’re in town, especially if they spent the money to travel from abroad.

The second of the controversial contract clauses says that international artists may face deportation if they play any unofficial shows. This is presented as a fact of U.S. immigration law, rather than a policy specific to SXSW. Performing in the U.S. as a foreigner requires permission from the government, and if an artist gives a performance that isn’t covered by the terms under which that permission was granted, he or she is in violation of the law. This is basically what SXSW managing director Roland Swenson said in his first response to the criticism: “There is language in the Performance Agreement which is included to inform foreign artists that the U.S. immigration authorities have mechanisms to create trouble for artists who ignore U.S. immigration laws. For example, those acts coming to SXSW to perform without a work visa are limited, by U.S. immigration law, to performing their showcase event only. If an artist wishes to perform elsewhere, they will require a work visa.”

Which is to say: Don’t blame us for the state of affairs, blame the government. This is hard to argue with, except when also considering SXSW’s financial motive for keeping bands away from unofficial shows. While Swenson presents the language as a benign attempt to keep musicians informed, it’s also possible to understand it as intimidation: if you stray away from the sandbox, the immigration raiders might come for you. This is pretty much a matter of tone and semantics, however. In this case, SXSW is only telling bands about laws it has no control over.

The other controversial clause–the one about alerting “the appropriate U.S. immigration authorities” if a performer breaks the rules–is more difficult to defend. After encountering criticism, Swenson said the language was intended to help the festival protect itself if an artist “does something truly egregious, such as disobeying our rules about pyrotechnics on stage, starting a brawl in a club, or causing serious safety issues.” None of those examples are enumerated in the document itself, though, and given this clause’s proximity to the stuff about unofficial showcases, it wouldn’t be unreasonable to assume that SXSW would call ICE on you if they caught you playing at the wrong bar.

Matthew Covey, an attorney who specializes in securing visas for foreign artists who hope to perform in the U.S., speculated that the festival organizers included the deportation line to cover themselves in case the government ever decided to crack down on the international acts that perform there. “A few years ago SXSW…took the stand that artists could enter the U.S. to perform at SXSW without employment visas under a narrow exception to the law carved out for performances that are effectively auditions–‘bona fide industry showcases,'” he explained in a written statement provided to SPIN. “This change of policy has been hugely positive because it made SXSW much more accessible to independent artists, and has allowed SXSW to grow as an extraordinarily vibrant forum for international and world music. The problem however is that the applicability of the ‘showcase exception’ to SXSW is something of a legal grey area, given that SXSW is kind of an audition, but it’s also kind of a party.”

According to Covey, most of the artists who use this exception to perform at SXSW do so successfully, but only because the U.S. Department of State and Customs and Border Protection is “playing ball,” using a wide interpretation of the law because it understands that SXSW is a boon to the economy. However, he added, the government could just as easily change its mind if it sees that bands are abusing the showcase exception, claiming to play only SXSW “but actually entering to do a zillion other gigs that are nothing like ‘auditions.'”

Covey believes that the strong language in the contract is intended to signal a strong stance against abuse of the exception and avoid a crackdown. Still, he believes the festival would be better off removing the line. “SXSW is not under any legal obligation to rat out foreign artists in the U.S. on the showcase exception for playing unauthorized showcases…and in the current climate any concern SXSW may have regarding the abuse of the showcase exception could be better addressed in other ways,” he wrote. “The passage seems pointlessly threatening, and—importantly—it is counter the trend of progressive organizations creating ‘sanctuary’ spaces. As such, I can’t see a reason to keep the passage in the invitation, and there are certainly very good reasons to remove it. SXSW should remove the offending passage and offer to amend their agreement with all currently invited international artists.”

At the end of the day, SXSW has very little interest in having bands deported that traveled to America to play its shows. The controversial clauses were probably aimed at something much more banal: protecting their money, by discouraging bands to play unofficial shows. This kind of thing is fairly widespread in the music industry: I play in a small band, and venues corporate and DIY alike regularly ask us to agree to “radius clauses” prohibiting us from playing in the same city for two weeks before or after a given show. The difference is that these venues don’t threaten to call the police on us in the same breath, and it’s totally reasonable that SXSW bands would be alarmed at the language about notifying immigrations officials.

A manager of an indie label who preferred not to be identified told SPIN she believed the contract terms were financially motivated, and that the festival’s focus on keeping bands away from official shows is ultimately detrimental. “When I heard that this language had been in the contract for the last five years or so, that immediately made me think of the timeline of when SXSW started cracking down on unofficial showcases,” she said. “That was when you saw showy big money coming in from brands, like the huge Doritos stage and other big sponsored areas. Suddenly there was a lot of interest in protecting the interests of those brands by harshly discouraging brands against playing unofficial shows. And it feels like that has gotten even worse in recent years. And to me it feels like fewer industry people are going to SXSW now, because it’s harder to see bands, because they’re playing fewer shows. And it’s more expensive for bands to go down there when the number of shows they’re playing has been restricted.”

As a show of good faith to the artists that protested the festival, and to any international or immigrants who feel unsafe playing there, SXSW should remove the offending language from its paperwork. But the festival isn’t really against immigrants, so much as it is simply for making money–and that’s a charge you could levy against practically every other festival and venue in America.