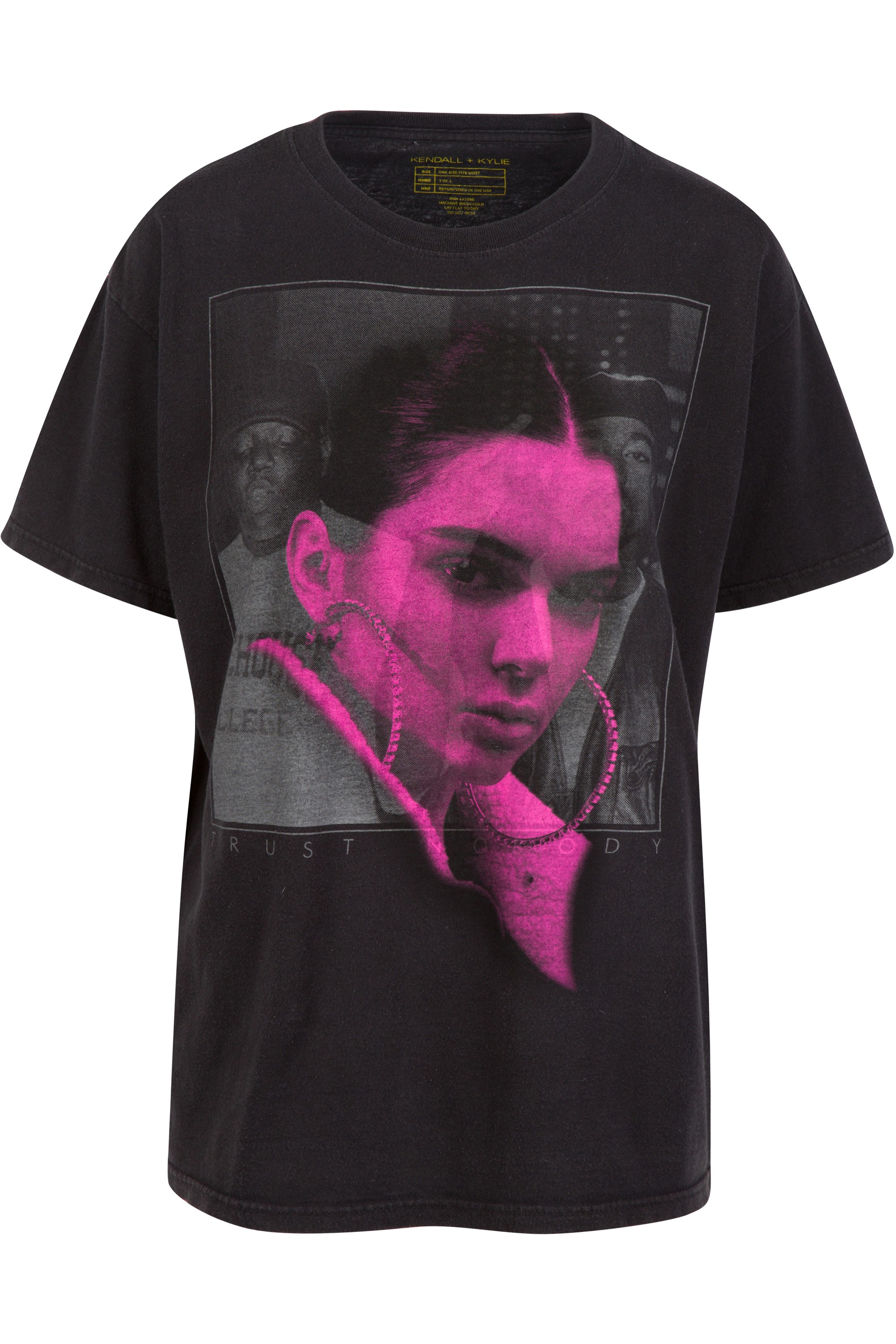 It seems there’s another problem with Kendall and Kylie Jenner’s much-maligned “vintage” selfie concert tees: The Notorious B.I.G.’s mother Voletta Wallace says no one connected to the Jenner/Kardashian business empire contacted the late rapper’s estate regarding the use of his image. “I am not sure who told @kyliejenner and @kendalljenner that they had the right to do this,” Wallace wrote on Instagram. “This is disrespectful, disgusting, and exploitation at its worst!!!”

Meanwhile, TMZ reports that a lawyer for the B.I.G. estate sent the Jenners a cease and desist letter yesterday, threatening a lawsuit if shirts were not pulled by Friday. Since last night, all of the shirts have disappeared from the Kendall + Kylie website and are no longer available for sale.

It’s hard to disagree with Ms. Wallace about the Jenners’ Biggie and Tupac shirts—it’s amazingly gauche to charge $125 for your image slapped over two people who were murdered, especially considering the longstanding charges against the Kardashian empire’s willful exploitation of black culture. (The Metallica and Pink Floyd ones were kinda tight, though.) Read Voletta Wallace’s full statement below. [Stereogum]

Update (4:45 p.m. Eastern): Kendall Jenner has apologized for the shirts on Twitter. “These designs were not well thought out,” she wrote. “We are huge fans of their music and it was not our intention to disrespect these cultural icons in anyway.” The shirts have been pulled from their online store, she confirmed. Read her statement below.

Update (5:35 p.m. Eastern): The Doors, whose logo was also featured on some of the Jenners’ retracted shirts, say they did not grant permission and have sent a cease and desist letter, as Rolling Stone reports. Meanwhile on Twitter, Sharon Osbourne complained about the use of her husband Ozzy’s image.

I am not sure who told @kyliejenner and @kendalljenner that they had the right to do this.  The disrespect of these girls to not even reach out to me or anyone connected to the estate baffles me.  I have no idea why they feel they can exploit the deaths of 2pac and my Son Christopher to sell a t-shirt.  This is disrespectful , disgusting, and exploitation at its worst!!!