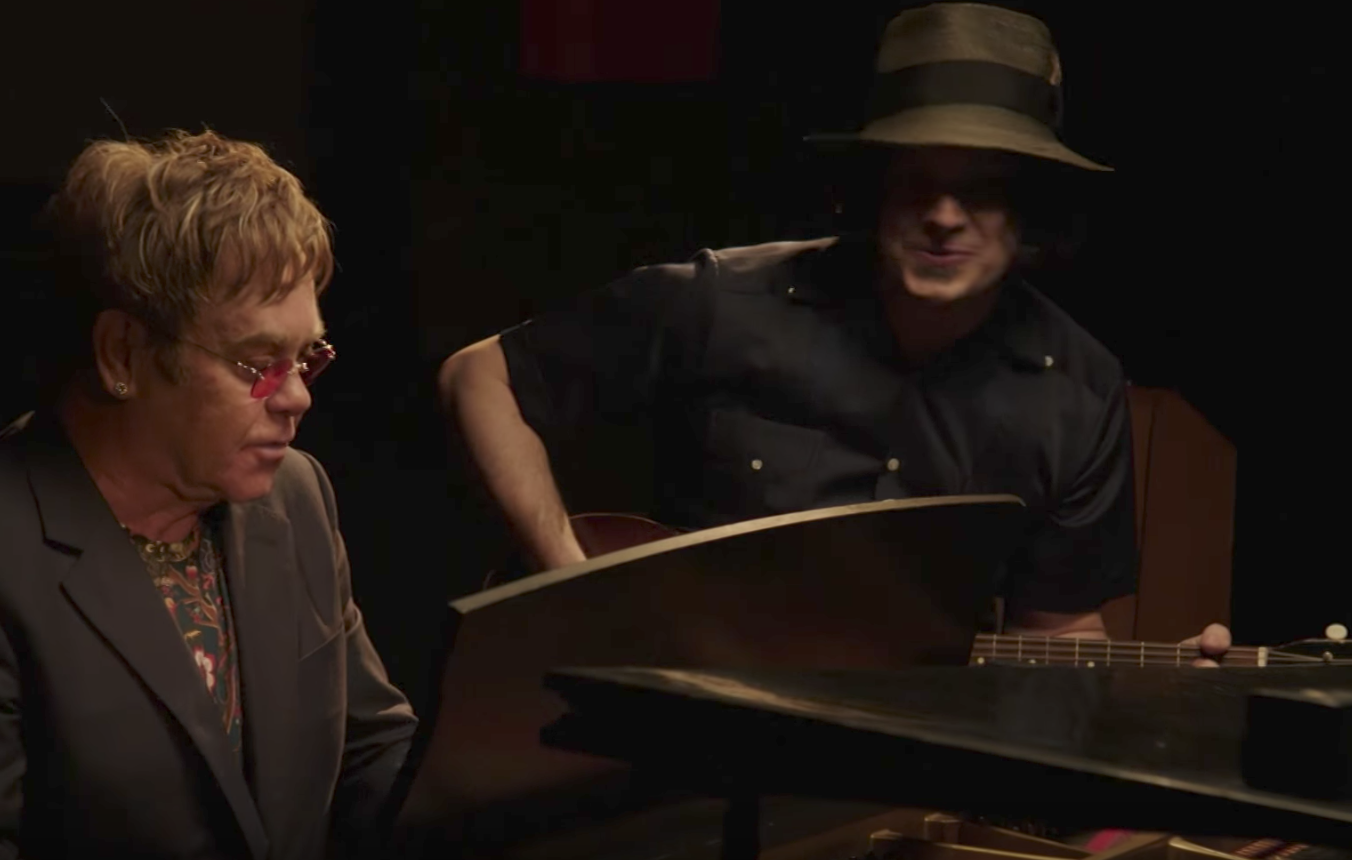 In a newly released clip from the sprawling, Jack White-produced documentary (and archival/collaborative recording project) The American Epic Sessions, Elton John joins White to semi-improvise a blues-inspired track called “Two Fingers of Whiskey.” The two harmonize, as John finagles a melody out of lyrics about the proverbial “devil living in [him],” which were given to him by his career-long lyricist Bernie Taupin. Fans of John’s rootsy 1970 album Tumblewood Connection may appreciate the results. Using vintage equipment, the track is pressed to record as they record; you can hear the appealingly thin, worn sound created by the mic on the video’s playback. Watch below. The American Epic documentary, directed by Bernard MacMahon, will premiere this weekend (June 3) on PBS.