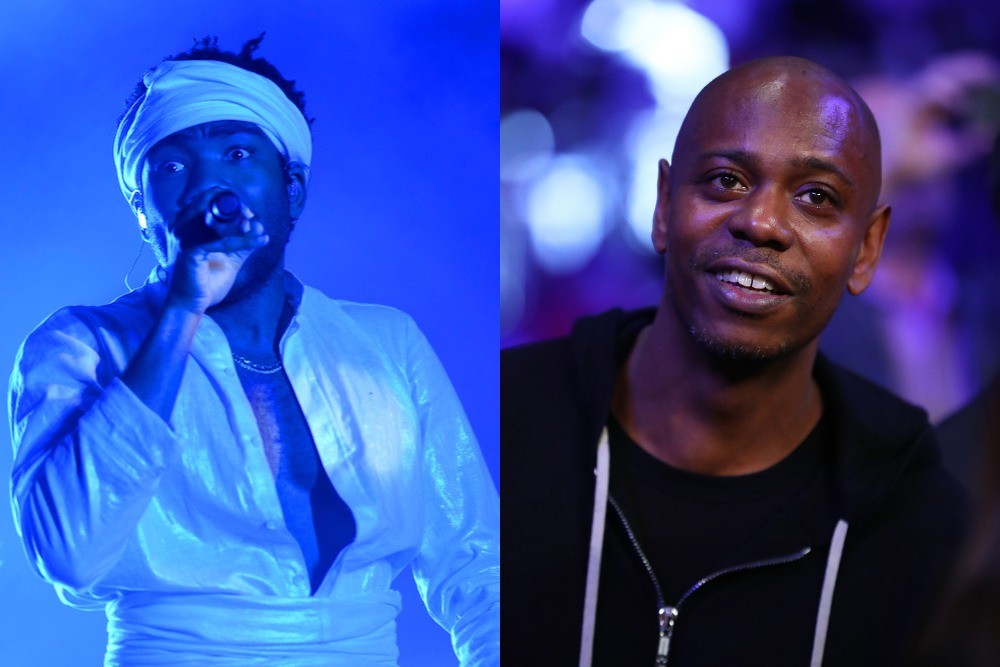 Donald Glover/Childish Gambino and Dave Chappelle are teaming up for a Radio City Music Hall Show that takes place on August 19. There’s no word on what they’re actually going to be doing (will Glover return to stand-up?), but tickets go on sale to the general public this Friday at 10 a.m. A Ticketmaster pre-sale goes live Thursday at 12 p.m.

Chappelle notably did a residency at Radio City Music Hall in 2014, and some of the material he performed during that stint popped up in his Netflix specials. Gambino recently did a rare live set at Governors Ball, where he hinted that his next album will be his last. He also said the Governors Ball gig would be his “only show” of the year, which might imply that this collaboration with Chappelle will have him in a non-musical form, though it seems pertinent to note that the show bills Glover as “Childish Gambino” and not under his birth name.

The Gambino/Chappelle team-up isn’t that much of a surprise since they both expressed their admiration for each other in a recent Wired profile. “I can’t keep up with all the shit he’s doing, but it’s all damn good,” Chappelle said about Glover. “That he can do it all blows me away.

Read stories of Chappelle from his colleagues here and our look at the vinyl release of “Awaken, My Love!” here.

Update: Chappelle will also be joined by The Roots, Erykah Badu, and Chris Rock on another Radio City Music Hall residency. See the dates below.