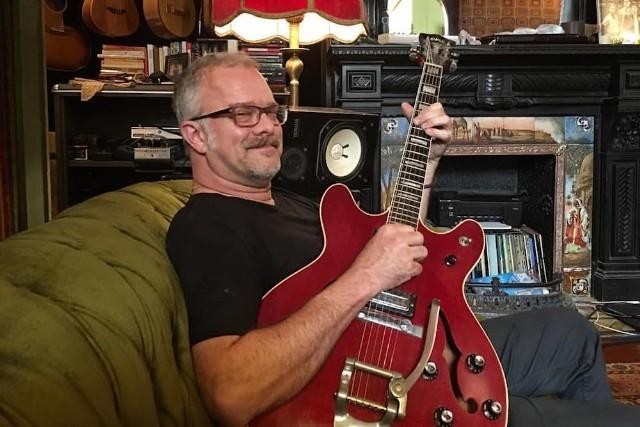 Dave Rosser, guitarist for The Afghan Whigs, passed away last night, according to a statement on the band’s Facebook page. He was 50 years old. Rosser was a long-time friend of the Whigs’ lead singer Greg Dulli, and played with him on Dulli’s side projects The Gutter Twins and the Twilight Singers before joining the Whigs in 2014. During his career, Rosser also contributed guitar work and/or songwriting to albums by Mark Lanegan, Joseph Arthur, Tim Heidecker, Ani DiFranco, and Marc Broussard, among others.

In late October, Rosser was diagnosed with inoperable colon cancer, but was able to collaborate with the band in the studio to finish their album In Spades. In a recent interview, Rosser claimed that he was spending the last months of his life “record[ing] a lot at the house…[and] making a lot of music with friends.” You can read SPIN’s recent feature about the Afghan Whigs here, and the band’s statement about Rosser’s death below. 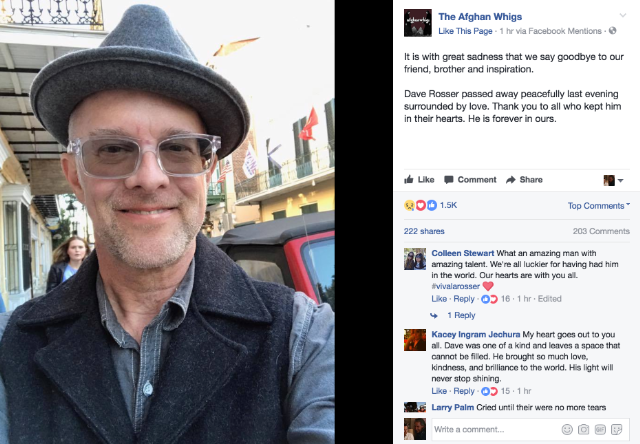