Over the long weekend, I spent a couple of hours on a few episodes of Baggage, the debilitatingly entertaining early-2010s GSN series hosted by a goofier, devil-may-care version of Jerry Springer. In the series, the premise is that a person picks out a new date from three possible choices by grappling with deep dark secrets about each of them; they decide whose sordid “baggage” they can best handle. The metaphorical baggage is, magnificently, encased in literal baggage–silver suitcases that the potential dates open to reveal their vices. As the metaphorical baggage gets worse, the luggage gets bigger. The irony, however, is that it’s the weirder, smaller issues that often resonate most strongly on the show, even after larger baggage is revealed; it is, after all, the intel that sucks you into the episode. Somehow, the moment in which one anemic-looking young man had to reveal a placard reading “I Eat Weeds” was more earth-shattering and unforgettable than imagining the woman he was ultimately paired with totaling two cars in fits of rage, even though the latter was meant as the coup de grâce of the episode.

The gripping, visceral appeal of Baggage came to mind as I binged on more television two days later: namely, the brand-new fifth season of House of Cards. It’s also a show about metaphorical baggage, though it would not be surprising if any character found a literal skeleton in their closet. Five seasons in, the murderous and treasonous Frank Underwood’s baggage has gotten as big as it can possibly get, but it’s still his first wave of crimes and his power-hungry obsessiveness from the series’ first few seasons that still loom largest. While he now has the power to start a world war, his earlier crimes and the actions around them felt much, much bigger. In every new episode this season, Frank and Claire Underwood rapidly enact complex, four-dimensional-chess skullduggery and come out on top, or at least, still hanging onto their power, however tenuously. The pace is hyperactive, suddenly, and the stakes are huge in scale, since the Underwoods–incumbent presidential candidate and potential vice-president, respectively–are now directly controlling the highest levels of the American government, rather than puppeteering those who do.

Rather than all the Iago-esque, congressional maneuvers taking place behind closed doors, the show demonstrates the public Francis Underwood edging closer to the private Francis Underwood, as his every amoral secret threatens to come to light. He’s now a public tyrant: hated by multitudes, playing to the fears of a paranoid nation by storming in on Congress sessions and calling the Republican party (yes, everything is strangely backward) too chickenshit to go fight “terror” with terror. His scapegoat, tediously, is always ICO, the show’s sloppy proxy for ISIS, which he can use to cover up his personal scandals and engineer hacking operations for his campaign’s benefit.

In the show’s humorless attempts to evoke the modern political climate, the continuity and the humanistic appeal of this show that initially made it all-too-addictive has been displaced. The show’s early David-Fincher-esque slow-burn intrigue is gone; the only element of the producer-director’s style that remains is his shadowy, graceful, slightly seamy aesthetic. What used to be impressive about House of Cards was the way Frank Underwood played the long game, but now the elaborate maneuvers happen in a few whirlwind half-scenes peppered with characters whose names we can’t remember (Aidan Macallan, the NSA guy who plays a huge role this season, may well require a Google-search refresher). There is less time for Frank to address the camera outside of throwing us an ironic stare which always signifies, redundantly,  “I know what I’m doing.” When the sardonic, fourth-wall-breaking monologues come, they are dumber than ever: Lighting a fire in the Oval Office fireplace becomes a would-be ominous metaphor for wreaking political havoc, and there’s a lengthy, on-the-nose explanation of “flippism,” a philosophy of making every decision based on the flip of a coin. 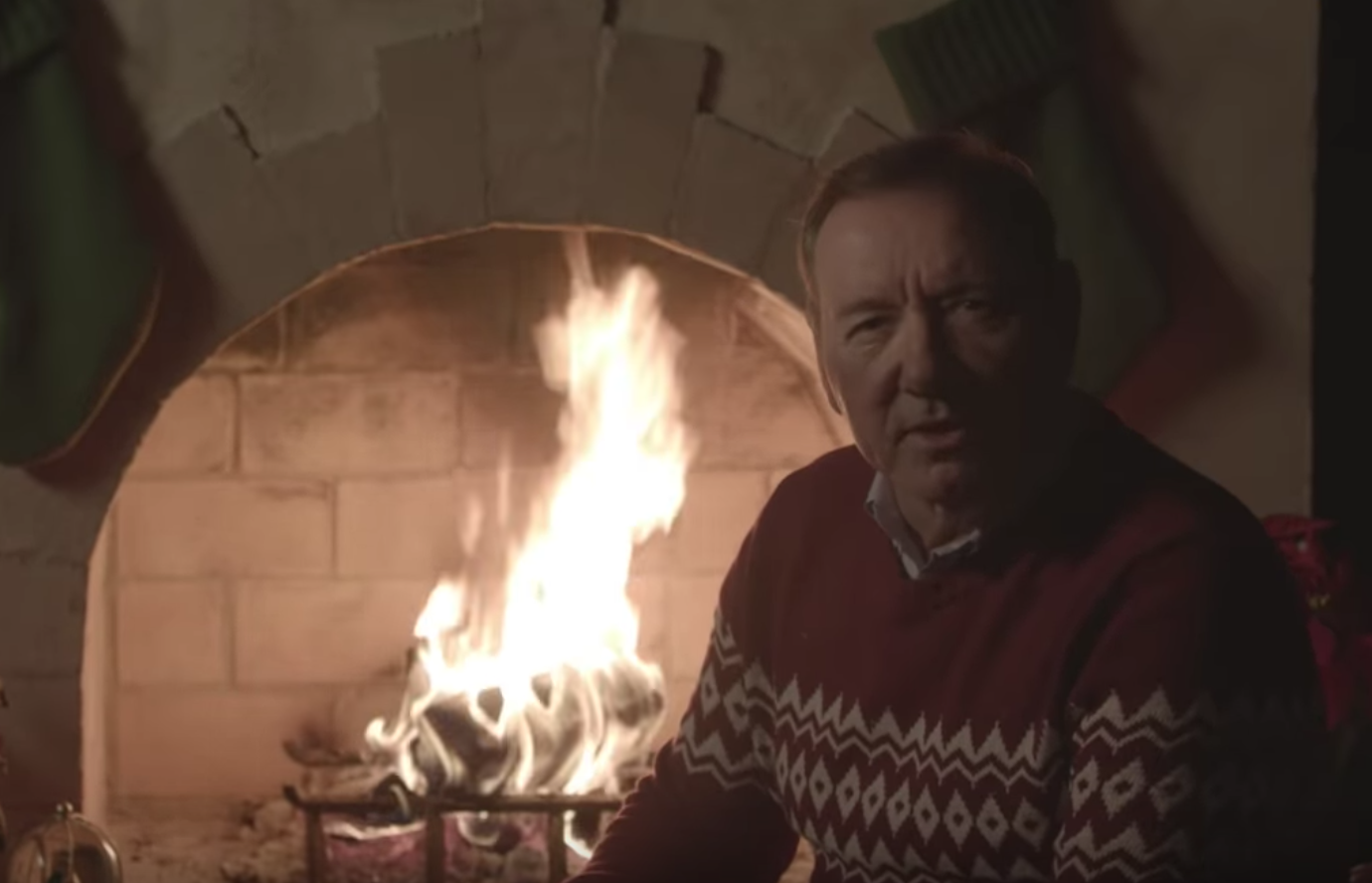 The clandestine exchanges between Frank and Claire feel like retoolings of scenes from other seasons, their cryptic wee-hours capitulations by now boilerplate. Their unfailing commitment to their shared mission feels increasingly cartoonish and unlikely, and the one-liners … well, there’s a bit about “One nation, Under-wood” that basically sums up the level of quality control. Meanwhile, the show’s most crucial and most human characters from last season, Remy Denton (Mahershala Ali, who has better things to do now) and Jackie Sharp (Molly Parker), are absent, and Joel Kinnaman’s PTSD-afflicted Republican candidate character and his more level-headed wife Hannah (Dominique McElligott) can’t make up for the hole they left.

Frank Underwood and, of course, his self-sacrificing fixer Doug Stamper (Michael Kelly) are accruing bigger, more illegal undertakings in every scene in Season 5 of House of Cards, but even their villainous partnership has flagged. Their most insidious secrets are still the most important, emotionally palpable ones: the murders of Zoe Barnes (Kate Mara) and Peter Russo (Corey Stoll), and, increasingly, Rachel Posner (Rachel Brosnahan). Scheming is a way of life, and on the show these days, it’s often as boring as it is hard to believe. Instead House of Cards seems to be banking on its audience’s perception of its surface-level plot elements being topical and of the real world’s political climate; in addition to ICO, you can look forward to a Wikileaks dump this season, and even a travel ban (The series’ new showrunners, Frank Pugliese and Melissa James Gibson, claim that the season was entirely conceived before Trump won the election.) But still, much like last season, these elements feel like bulletpoints–detached signifiers that are only superficially relevant to anything in our contemporary experience. The whole thing is further undermined by the fact that House of Cards still takes place in a fantasy world where everyone in American politics is well-educated and preternaturally intelligent, a thing that has never been less true than it is now.

In a particularly memorable moment to this tone, a Republican congressman tells Frank, who is trying to bully him into supporting some measure, sneeringly: “You have no idea. No one hears you walking the halls of this building anymore.” Dramatically, the line means that a new era is coming in the U.S. government–political theater in the public sphere is pushing parties further apart and actual policy change is all that matters on Capitol Hill. Frank is old and–if his persona can’t translate to Internet obsession and a strong bottom-line message–he’ll be impotent in Washington all over again. But the congressman’s line also functions on a self-reflexive level. As backroom wheelings-and-dealings become less and less failsafe in its version of Washington, House of Cards, always best as a behind-closed-doors chamber drama, becomes more irrelevant along with them. As the show attempts to adapt to contemporary politics, its charm is left in the dust, and you’ll have to go back a season or two to find it.