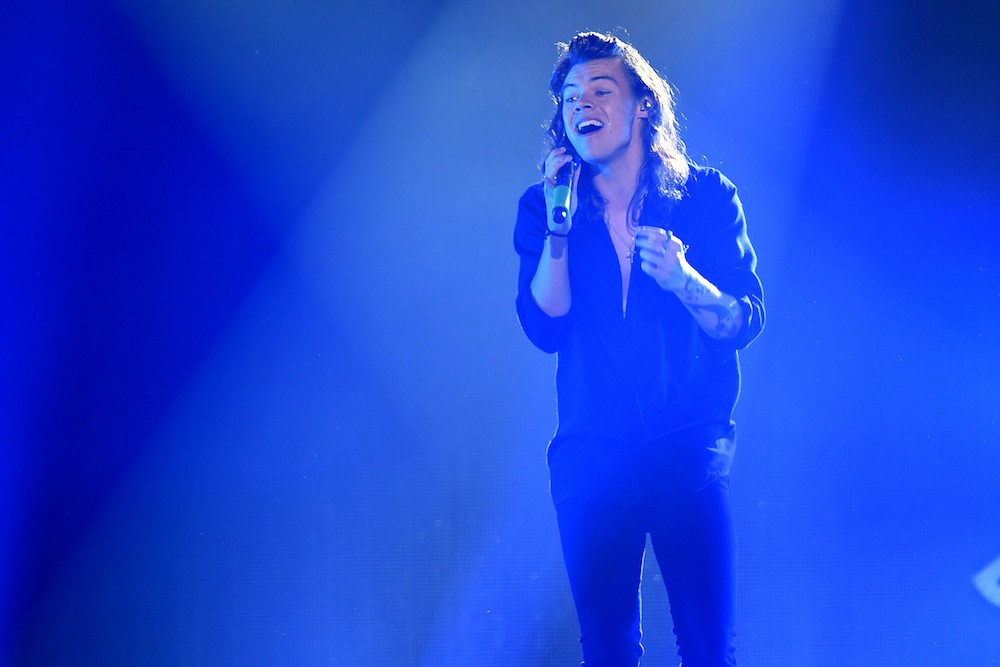 What will it take for Harry Styles to convince you he’s serious? Zayn started off his solo career by emphatically proclaiming how much he loves to have sex, but Styles, the other big star to come out of the officially-on-hiatus-but-probably-over-it One Direction, has noticeably taken a different tack in the run-up to his debut self-titled album, due out next month. The weepy Bowie riff “Sign of the Times” wasn’t subtle, nor was it meant to be—the falsetto refrain of “the bullets, the bullets” will soon score an antiwar PSA on a TV near you, never mind that it’s actually about childbirth. (!?) Neither was the AOR croon of “Ever Since New York,” performed by Styles holding an actual guitar on Saturday Night Live, where he also played Mick Jagger during a sketch, making a long-repeated observation about their resemblance actually canonical.

Just 23 years old, and cursed with the expectations of all former boy banders turned leading men, Styles could go in any direction. But he wants to be a rock star, and he wants to be yours. “Sweet Creature is available now,” Styles said this afternoon, of his new song. “Album is available in ten days. I am available always.” The gesture at accessibility—of course he isn’t available—forms the emotional backbone of “Sweet Creature,” a vaguely paternalistic ballad in which he serenades the titular, metaphorical animal, who’s never named. It sounds so much like Ed Sheeran you’d think it was their rumored collaboration; instead, it was co-written by Thomas Hull, formerly the folk-indie artist Kid Harpoon who eventually became a Skrillex collaborator, as befits former buzz artists looking to transition to the more sedate, professional side of the music industry. Like Sheeran’s best songs, it foregoes fancy language for naked yearning, hoping to charm you with earnestness. The repeated refrain of the title grates a little, but there’s a lovely little moment where he sings “Whenever I’m out of rope,” stretching out the last syllable like the word he’s singing, before a swollen pause gives way to a conclusive sentiment: “You bring me home.” Sincere? That’s for you to decide, but he’s committed to the part.