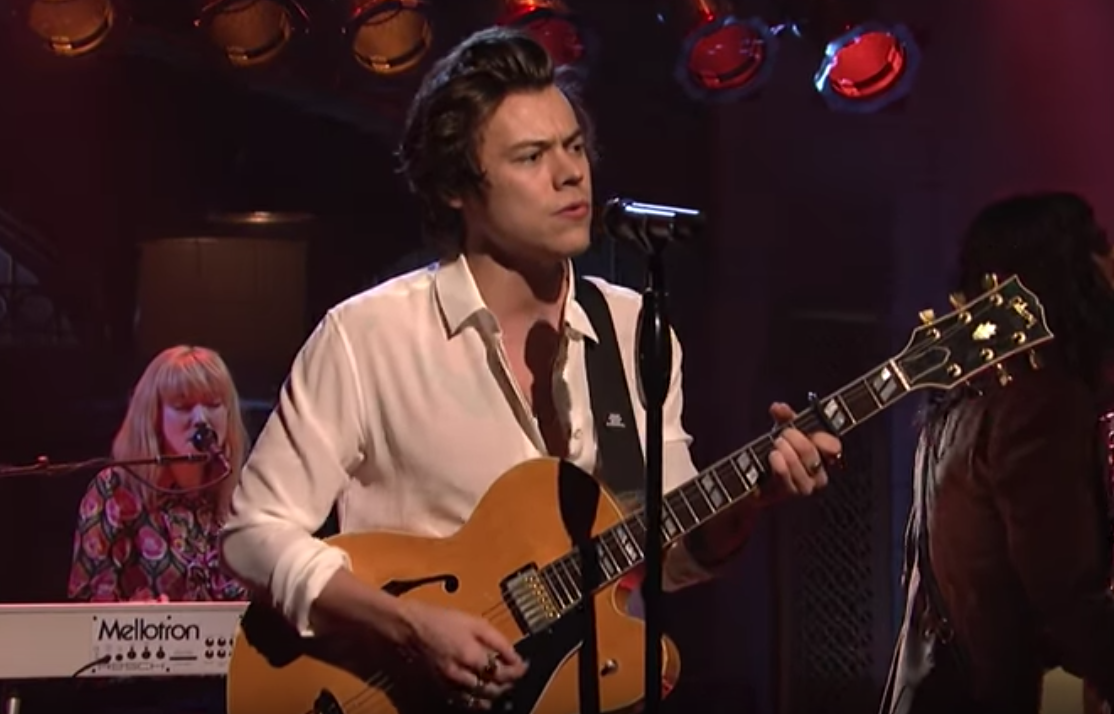 One Direction’s Harry Styles really wants people to know that he is a Serious Rock Musician now! He announced his debut solo single with a very dramatic commercial, titled it “Sign Of The Times,” released the single on the 30th anniversary of Prince’s Sign O’ The Times, and last night, he performed it as the musical guest on Saturday Night Live. Despite the whole giving-out-kiwis stunt, he didn’t end up playing a song called “Kiwi,” but he did debut another one called “Ever Since New York” that sounded kind of like a Ryan Adams song. He also impersonated Mick Jagger on Celebrity Family Feud and had a cameo in a sketch about Civil War soldiers coming up with “our nation’s first big, fat hook.” Watch below.