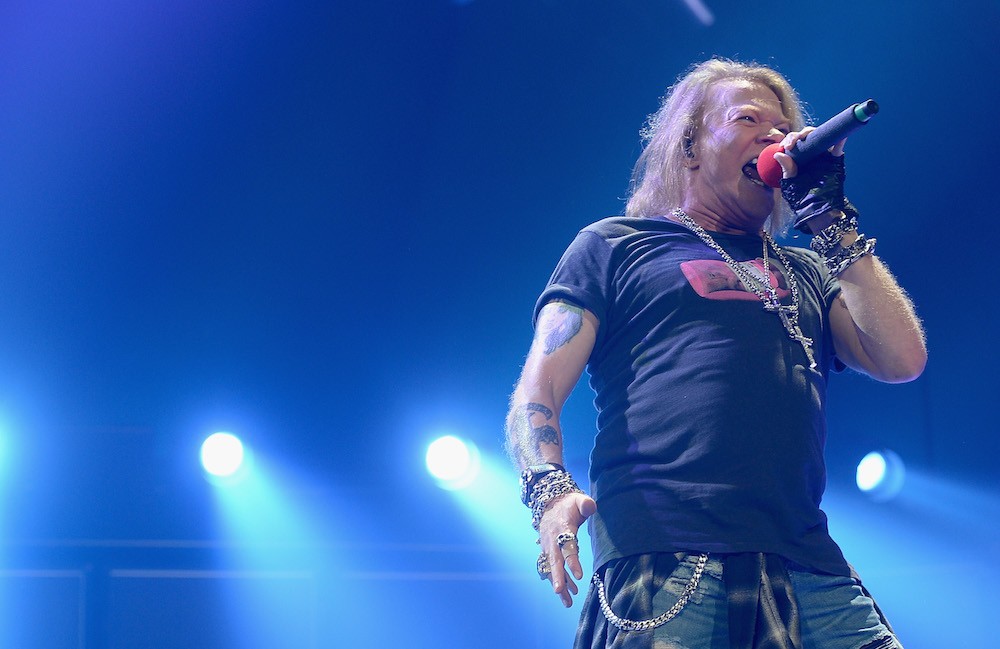 Last year, for the first time in over a decade, Guns N’ Roses–the real Guns N’ Roses, or a pretty good approximation of it–started playing together again. Founding members Axl Rose, Slash, and Duff McKagan apparently made nice with one another, and they’ve been on the road pretty much without interruption since then.

Today, they’ve announced that they’re extending the “Not in This Lifetime” tour through October and November, plus announced opening acts for the already-scheduled summer dates, Pitchfork notes. The roster of openers is about as weird and diverse as could possibly be assembled for a Guns N’ Roses tour. All of them are bands with guitars who have been popular at some point, mostly between GN’R’s heyday and today, but after that, any attempts to find a unifying principle will immediately fail: Deftones in St. Louis and Minneapolis, Sturgill Simpson in Denver and Miami, Live in Winston-Salem and Hershey, Our Lady Peace in a slate of Canadian cities, ZZ Top in Texas.

Fans have been waiting a long time to see GN’R live. Now, thanks to these opening acts, they’ll get to experience the equivalent of a drunken stumble through the last 30 years of rock history as well. Honestly, it sounds great.