A few years ago, a mildly charming, mildly smug meme claiming Migos were better than the Beatles started circulating around the internet. Whether it was intended as a joke or not, the comparison sparked a small conversation between long-winded internet provocateurs about how canons split and reform from generation to generation. Of course it stood to reason that kids today might like and treasure Migos—whose influence on modern rap is diverse and prolific—more than the long-gone Fab Four, beloved patron saints of white parents across the world.

The Beatles really were that good, and their influence on music, spanning genres and decades, can’t be overestimated. But their outsized presence in the Western canon also means it gets exhausting to read new exaltations of their merit, in the way that a photo gallery of especially cute dogs can be a little dry. A corgi’s smile is pure; Revolver still bangs; the sun is bright, and the Trump piss tape is real. When will you tell me something I don’t already know?

Which makes it almost surprising that Dreaming the Beatles, a new book by music critic and Rolling Stone columnist Rob Sheffield, is a charming, informative, and fresh read about the Beatles. It’s not easy to find something new to say about the most over-praised, over-covered, over-canonized band of all-time. The exact reason the Beatles have endured is because it really is as simple as hearing one of their songs, no prose required.

Dreaming the Beatles is equal parts history and cultural criticism, as Sheffield draws from dozens of sources to lay down the story of how the Beatles came to be, before writing about why any of it matters. The book follows them from genesis to dissolution: It delves deeply into the band’s reported mythology, such as the real identity of “Sexy Sadie,” how many times “Ob La Di, Ob La Da” was recorded in the studio, and how Paul McCartney announced his breakup with the band via a bitchy press release. That raw material is best incorporated as fuel for Sheffield’s imaginative riffs. “I love those stories, even when I don’t believe a word—I eat that stuff up,” he writes. “Yet all that nowhere-mansplaining doesn’t come close to solving the mystery. Interesting as the inside story is, I’m always more fascinated by the outside story—not where the songs came from, but where they went, and how they live on in the world they helped create.” 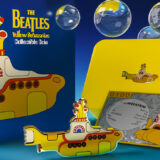 Decades into his writing career, Sheffield remains—most importantly—a fan of the music he writes about. His previous books Love Is a Mixtape and Talking to Girls About Durant Duran celebrated the attendant joy and mystery in the music we love, a reminder that geeking out to music requires loving the process of listening to it. The Beatles, perhaps the greatest example of personality-driven guitar music, have plenty of music for Sheffield to obsess over. Dreaming the Beatles is an engrossing read because is Sheffield’s confidence in declaring what was really going on with the band doesn’t rely on rote recitation, or accidentally edge into corny fan-fiction.

A chapter on “Strawberry Fields Forever” is a prime example. It begins with an anecdote from the seemingly non-Beatlesque Ozzy Obsourne about why he loved the song, followed by a couple of biographical pages on how it was written. John came up with the basic acoustic sketch while he was on break from the band in Spain. “The time alone in Spain forced him to confront feelings he usually kept at bay, and the song that spilled out was so strong, not even he could make light of it or treat it as a joke,” Sheffield writes. Upon playing it for the rest of the Beatles, there was a moment of “stunned silence” before McCartney supposedly replied, “That is absolutely brilliant.”

The story then flips back to the songwriting rivalry between Lennon and McCartney, who followed “Strawberry Fields Forever” with his own “Penny Lane,” which takes a similarly nostalgic view of a childhood location with “inquisitive zest” instead of Lennon’s melancholy. It was simultaneously a competitive response and a love letter to his friend, and showcased their different approaches to songwriting. “While Paul does his people-watching on Penny Lane, John is a mile away, hiding in the tall grass of Strawberry Field,” Sheffield writes. “His voice is shell-shocked with grief. His childhood has followed him everywhere, leaving him stranded in an adult life where nothing is real. He does not want to be rescued.” This little literary flourish brings us deeper inside his analysis—you picture John, sitting by himself in his Spanish cab, preparing to write a masterpiece.

The essential joy of Dreaming the Beatles are these connections made between historical events, mythological band history, and the song itself—it’s sparkling, insightful, occasionally humorous writing unclouded by irony or cynicism about a capital-G Great Band. There’s space for plenty of detours: He discusses whether the Beatles had the best first song on a debut album ever (he would argue that they have), the many artists who took inspiration from the band (from Ella Fitzgerald to Rae Sremmurd), and the eternal debate of Beatles vs. Stones. And because so much of this reference material can be corroborated ourselves—I now know this performance video for the infinitely crappy McCartney solo hit “My Love” exists—it’s more fun to follow along than if we just had to take him at his word about how interesting all of this is.

The Beatles were one of the first bands to make a trademark out of having an almost dangerously passionate fanbase; one listen to Live at the Hollywood Bowl, a live record dotted with hundreds of overwhelmed screams, is enough to remind you how much they cared. Subsequently, a lot of space is afforded to discussing the Beatles’ relationship with women—their fans, mothers, romantic partners both real (Yoko, Linda) and invented (the seductress on “Norwegian Wood”). “They invented a form of rock and roll in which boys wanting to be girls (be as real as girls, as honest as girls, as deep as girls, as cool as girls, as rock and roll as girls) was the absolute crux of male identity,” Sheffield writes. “They sold the world on that fantasy.” This might be the book’s thesis—how the Beatles advocated for the legitimacy of female emotions, a legacy that extends to modern acts like Harry Styles, who inspires gleeful paroxysms whenever he insists teenage girls must be taken seriously.

Sheffield’s writing on this is convincing, though one wrinkle is excluded from this premise. In more recent years, the fact of Lennon’s history as a domestic abuser has become more prominently repeated in the media. How it escaped association with the Beatles’ music all these years is a reflection of societal standards, and how men were or weren’t shamed for their bad behavior depending on which way the wind was blowing. Lennon was open about his past as far back as 1980. “I used to be cruel to my woman, and physically — any woman,” he told Playboy that year. “I was a hitter. I couldn’t express myself and I hit. I fought men and I hit women. That is why I am always on about peace, you see. It is the most violent people who go for love and peace … I will have to be a lot older before I can face in public how I treated women as a youngster.” Shortly thereafter, he would be murdered by a deranged fan.

It’s literally impossible to know how this part of Lennon’s past would’ve been regarded had he lived, and been serious about making amends, and it’s of course complicated to retrofit long-held opinions with newly-quoted evidence. No Beatles fan gets a copy of Sgt. Pepper’s Lonely Hearts Club Band with an admonition that, hey, the Lennon-penned line on “Getting Better”—”I used to be cruel to my woman / I beat her and kept apart from the things that she loved”—is true to life. I imagine most fans, men and women alike, probably haven’t grappled with that complexity. While none of the Beatles are depicted as saints—Sheffield talks about Lennon’s absenteeism as a father, as well as their respective affairs—the exclusion of this specific history in the book does characterize, for better and worse, the limitations of writing about people’s lives from the far future, when the recorded story can only tell us so much.

That Lennon’s history hasn’t permeated the thought process of more Beatles fans is a reflection something bigger than Sheffield—or any cultural critic’s—purview. But it does say something about their appeal, teased at in the book’s title: More than a collection of facts, The Beatles were a dream. Their interpretation is up to you.