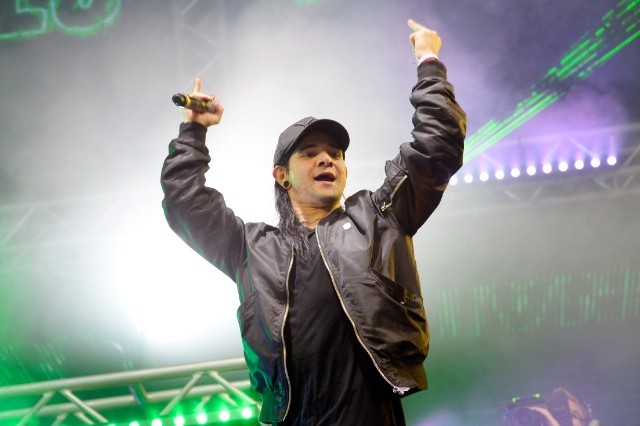 Skrillex, aka Sonny Moore, is rich, famous, and successful, which means his life is a lot weirder than ours. So here’s a story: As Billboard reports, Moore was briefly handcuffed in Los Angeles on Thursday morning after police pulled him over for playing his own music too loudly, while he was driving one of Elon Musk’s absurd Tesla X supercars. Watch a video of the incident below, in which a very good fan proclaims to the officer, “I know who that is… that’s Sonny. I can probably look it up online for you, sir.”

To clarify: On Twitter, Moore said he was pulled over because his music was too loud, but that he was handcuffed because he wasn’t carrying any proper identification. No arrest was made. He then spent some time tweeting at Musk. Again: to be rich, famous, and successful.

Leave it to me to play my music “too loud” ..these new demos are 🔥 tho @elonmusk https://t.co/E6vob2j1ir

.@elonmusk ur system in the tesla model x is just too 🔥🔥🔥🔥

Just to be clear , I got pulled over for playing my music too loud … but handcuffed because I didn’t have my ID on me ¯\_(?)_/¯