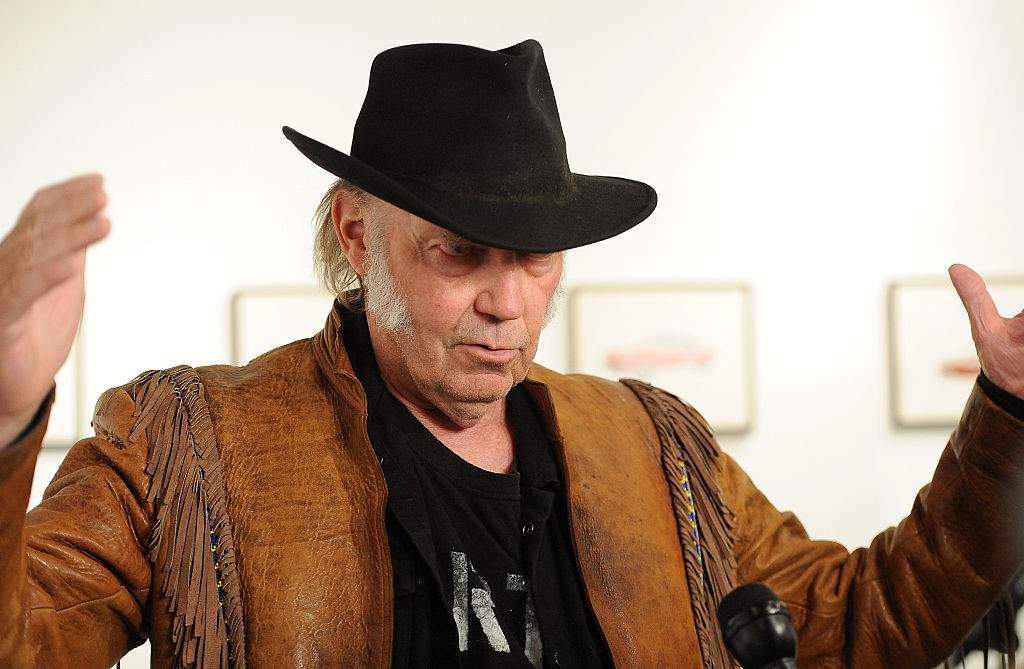 The latest news about Neil Young’s newest business scheme packs a real one-two punch. First off, following hints he dropped in an interview with Rolling Stone last year, he announced today that he is entering the streaming-service wars with his own high-quality audio streaming platform produced by his dormant Pono company. (Pono has most infamously produced a $399 portable music player for lossless audio files that no one you have ever met owns, but the company also created PonoMusic Vault, a piece of software designed to help users maintain and organize their digital music libraries.) The name of Young’s new streaming-oriented creation? Xstream, which sounds, at best, like some made-up virtual-reality game in a late-’90s cyberthriller, and at worst like a website you would want to clear from your browser history.

In fact, it is the name of something quite different. Similar to Donald Trump not realizing that his prospective 2020 campaign slogan was the same as that of the murderous and fascistic near-future GOP in The Purge: Election Year, it seems likely that Neil did not realize that Xstream shares its name with the fictional music streaming service in the FOX hip-hop drama Empire. (Thanks to Exclaim for this observation).

The CBC reports that, in a post made to the PonoMusic community board (only accessible via login), Young wrote that he had been working “for more than eight months” with the Singapore company Orastream to create “an adaptive streaming service that changes with available bandwidth” to deliver “complete high-resolution playback.” He also wrote that “finding a way to deliver the quality music without the expense and to bring it to a larger audience has been” the company’s goal. “Xstream plays at the highest quality your network condition allows at that moment and adapts as the network conditions change. It’s a single high-resolution bit-perfect file that essentially compresses as needed to never stop playing.” He also said that his entire recorded catalogue would be available, in high-resolution transfers, on Xstream “soon,” but offered no more specific information.

There’s been no word yet on whether the name overlap with the Lyon brothers’ TIDAL-esque streaming platform will create any legal (or spiritual) issues for Young’s venture. Watch a clip from Empire involving “XStream” below.