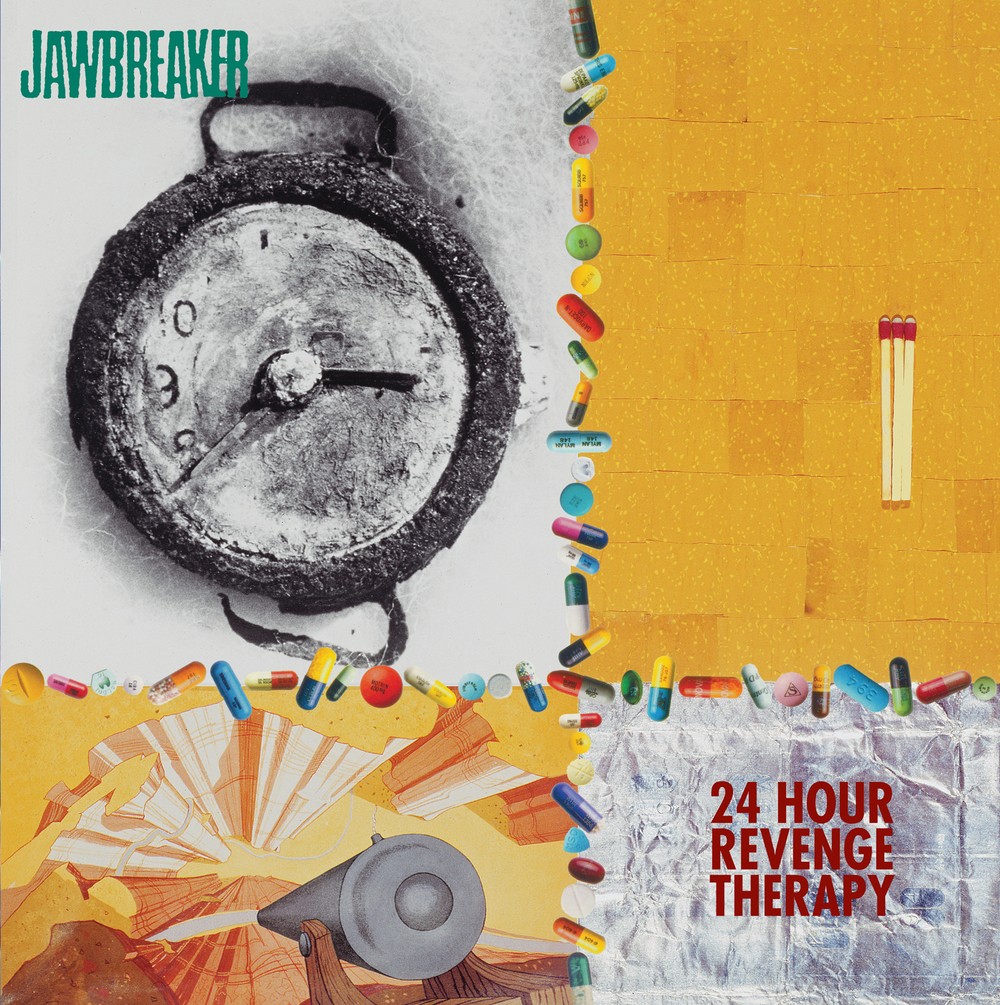 This piece was originally published in the April 1994 issue of Spin. We have digitized and are republishing it here after the announcement that Jawbreaker will be reuniting to perform live for the first time in 21 years.

Rumor has it Frances Bean Cobain likes Jawbreaker. Her nanny, a twenty-something punker named Cali, lives on a steady diet of underground rock, and apparently the Bay Area punk-pop band Jawbreaker is the main dish. Dad liked what he heard and booked the trio to play seven dates on Nirvana’s recent tour. How was it? “The food was amazing,” says Jawbreaker drummer Adam Pfahler. “Catering people were hired to cook every night. Meat fish, and vegetarian dishes. It gave my parents a lot of juice at work.”

While a few San Francisco acts have inked major-label deals, some critics insist the music—dubbed “popcore”—is nothing but reheated leftovers from yesterday’s feast. Steve Albini, whose cat Fluss is credited with coproduction on Jawbreaker’s latest LP, 24 Hour Revenge Therapy, challenges such charges. “Styles of music remain viable as long as there are worthwhile bands to pursue them,” he says. “No great breakthroughs will be made in the punk-pop format, but that can be said about every genre of music.”

Revenge Therapy is composed of short, tight arrangements driven by Pfahler’s furious drumming and Chris Bauermeister’s barreling bass. The lyrics revolve around singer-guitarist Blake Schwarzenbach’s recent hardships—a throat operation and breakups with three different girls. “I’m really into first-person confessional writing,” he says, adding that if he had a steady girlfriend, he’d be ruined. “But I hope our music is still something that anyone who’s somewhat estranged can recognize.”