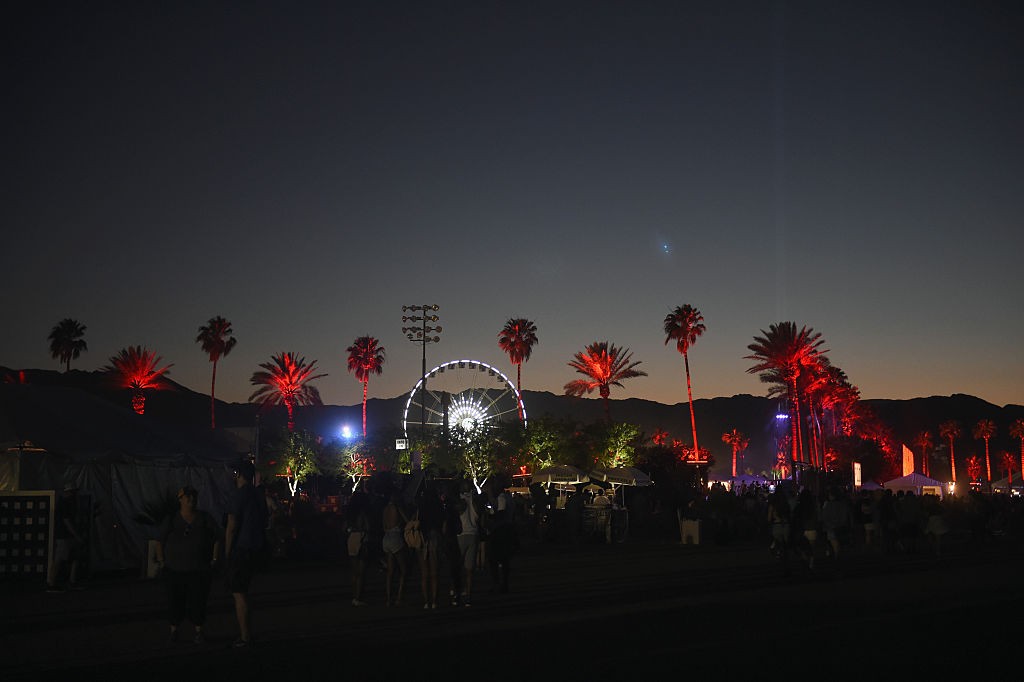 This morning, the schedule for 2017’s Coachella was announced. On the two Fridays, Radiohead, Father John Misty, the xx and others will take the stage. Saturdays will feature performances by Lady Gaga, Bon Iver and Future. The weekends will close out on Sundays with Kendrick Lamar, Lorde and Future Islands.

On Friday night, concert-goers must choose between seeing Father John Misty and Mac Miller. The xx is playing against DJ Shadow, Travis Scott and Guided by Voices, and while the Avalanches overlap with Crystal Castles and Francis and the Lights.

On Saturday, there’s overlap between Future and a set featuring Four Tet, Daphni and Floating Points. Lady Gaga brushes up against Nicholas Jaar, Classixx and S U R V I V E, while Bon Iver conflicts with Warpaint and Schoolboy Q.

Headliner Kendrick Lamar begins his Sunday set at the same time as New Order, and just after Justice and Real Estate. There is overlap between Lorde and Kehlani, Future Islands and Kaytranda, Whitney and Skepta, and others.

Coachella also announced recently that there would be a live Youtube stream of 51 sets for the first weekend.

General admission tickets for the first weekend are sold out, but are still available for weekend two. Check out the schedule below. 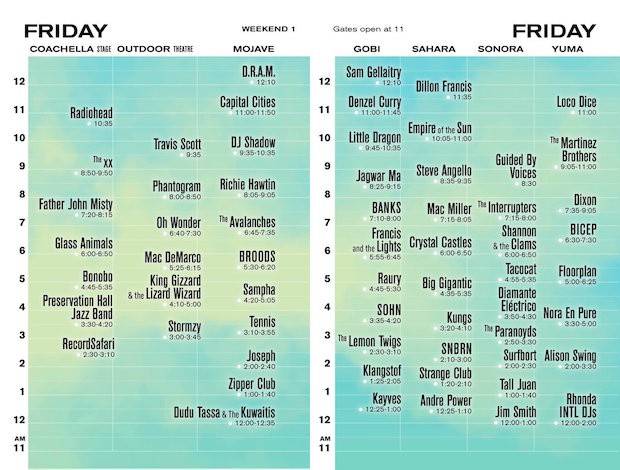 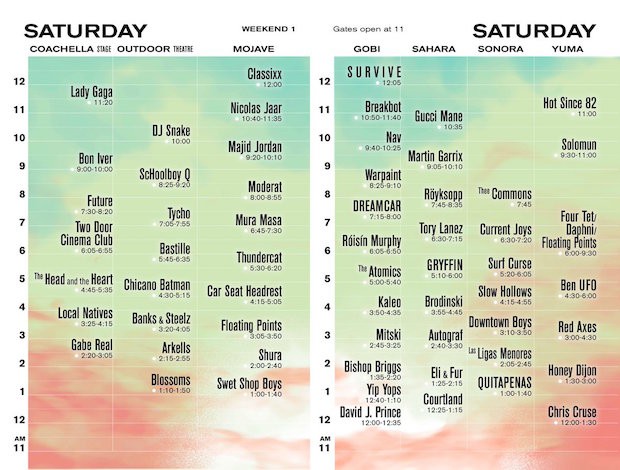 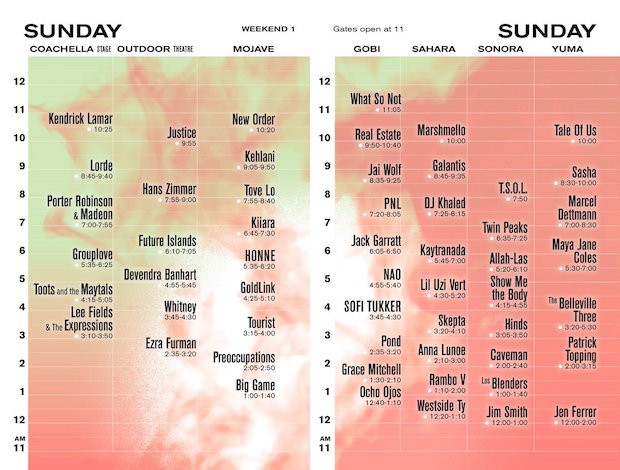