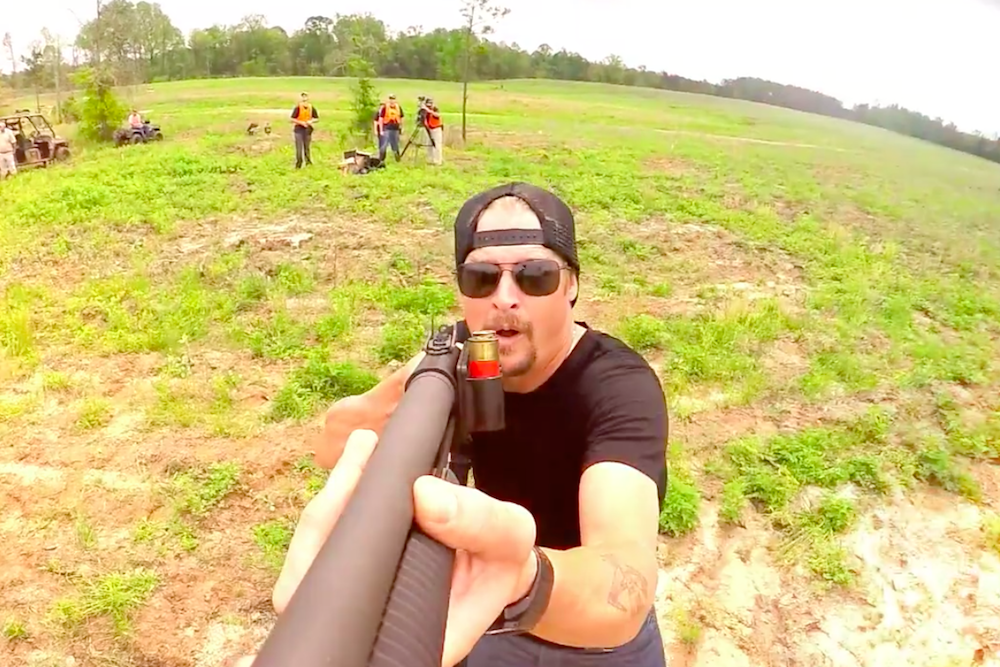 Kid Rock, beloved American musician and future Michigan senator, is now selling a line of tabletop barbecue grills. The chief selling point of the American Badass Grill, besides its association with our friend Mr. Rock, is that it’s made in America. To promote the grills, the Kid did what any sensible entrepreneur would: shot a series of videos in which he and his friends absolutely decimate inferior foreign-made barbecues with various heavy weaponry. The best part comes when a blonde woman launches a bad Chinese grill into the sky with a catapult, and Kid brings it down with a shotgun with a GoPro attached to the barrel, all to the sounds Rock’s timeless “Bawitdaba,” the auditory equivalent of an IROC Z Camaro with a straight exhaust pipe and seats encrusted with dried piss and Miller High Life. For some reason, when the bullet makes contact, the grill seems to explode entirely, engulfed in flames that may or may not have been added in post-production.

If you can ignore his horrible politics, Kid Rock is easily one of the most entertaining public figures we have in America–this is the guy who sold a shirt labeling every state that went for Trump as the Real America, and the rest as “Dumbfuckistan.” These videos will only get slightly less funny when he’s elected president in 2028.