Johnny Rotten: Trump Is a “Joy to Behold” 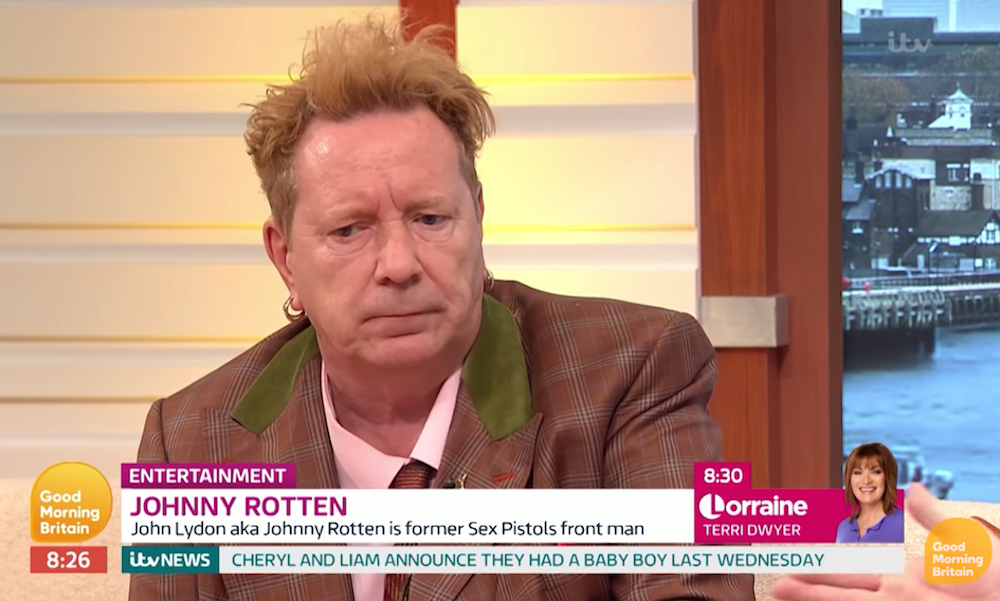 In an interview today with ITV’s Good Morning Britain, Johnny Rotten said he supported Brexit and described Donald Trump as a “possible friend” while dismissing accusations that the president is racist. The Sex Pistols frontman told hosts Piers Morgan and Susanna Reid that Trump was a “complicated fellow.” “One journalist once said to me, ‘Is he the political Sex Pistol?’ In a way,” he said.

“What I dislike is the left wing media in America are trying to smear the bloke as a racist, and that’s completely not true,” he added. “There are many, many problems with him as a human being but he’s not that, and there just might be a chance something good will come out of this situation because it terrifies politicians. This is a joy to behold for me.”

When Morgan pointed out that Trump’s anti-establishment streak mirrored the Sex Pistols’ approach to music, Rotten replied: “Dare I say, [Trump could be] a possible friend.”

“The working class have spoken and I’m one of them and I’m with them,” he said.

Watch a clip of the interview below.