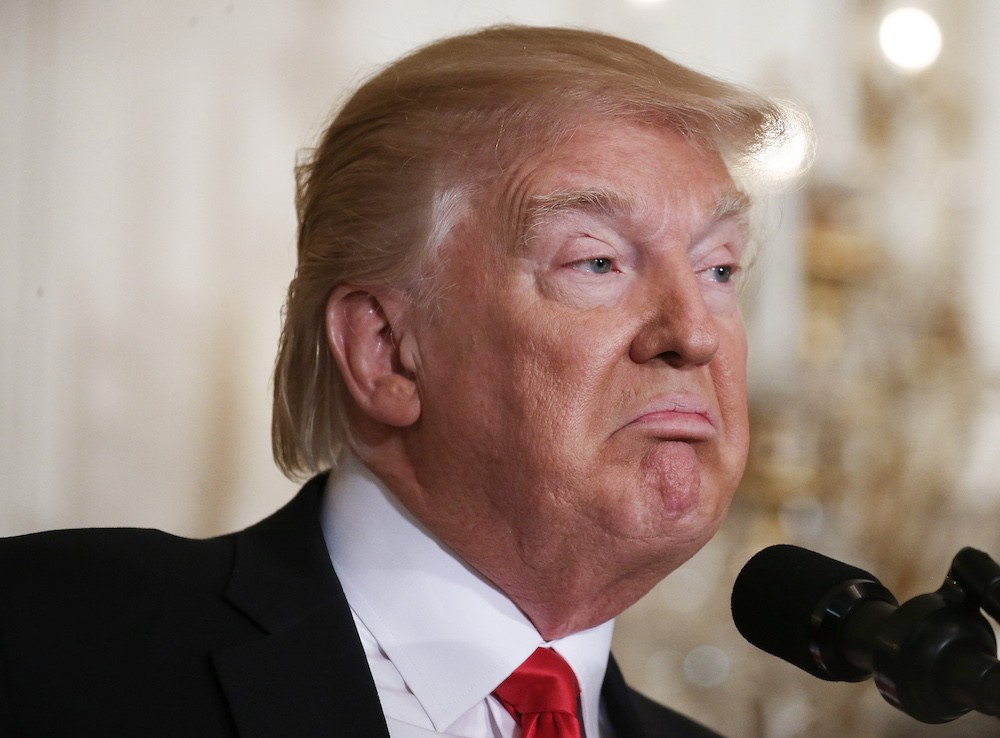 Earlier this week, Snoop Dogg released the video for his “Lavender” remix, in which the rapper points a gun at a clownish stand-in for Donald Trump. Yesterday, Republican politicians took a break from their very busy schedules to address the very real, very worrying problem of Snoop Dogg accidentally encouraging someone to assassinate the president. Today, the President of the United States himself logged on to blast Snoop Doggy Dogg for his “failing career,” and wondered what would’ve happened had he pointed that video gun at President Obama.

Can you imagine what the outcry would be if @SnoopDogg, failing career and all, had aimed and fired the gun at President Obama? Jail time!

Snoop Dogg, who claimed to have gotten high in the White House during a visit to the former president, presumably does not dislike Obama in that way.

North Korea wants to nuke California, Russia is feeling increasingly emboldened now that the White House’s official diplomatic stance is “Putin is actually good,” the proposed Republican health care bill is a joke and we still don’t have a ninth Supreme Court justice. But at least the president is focused on what really matters.

Snoop Dogg has yet to reply, but his Twitter mentions are extremely good right now.