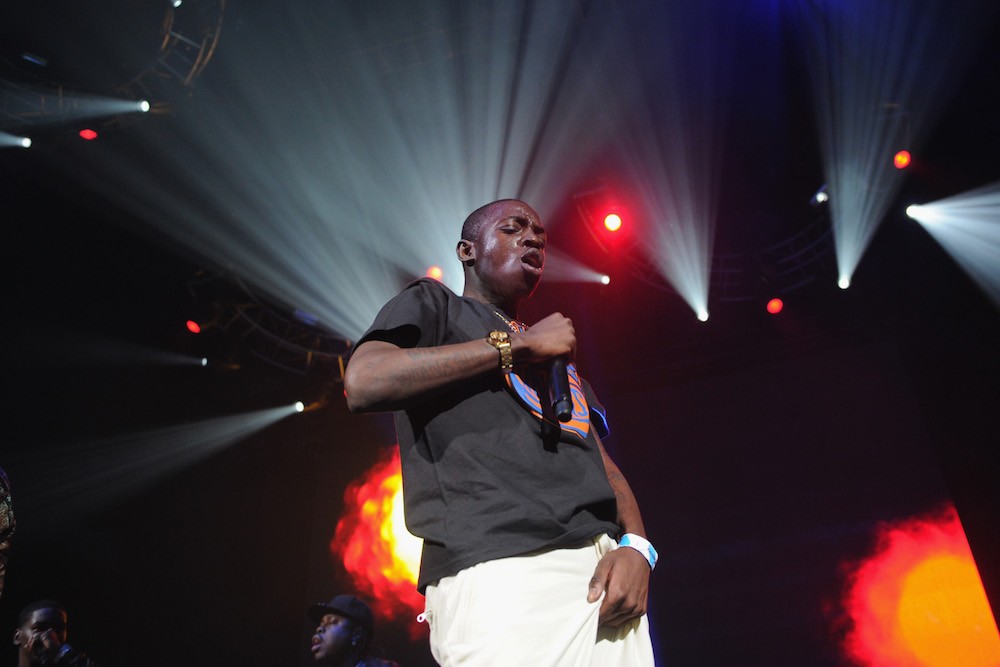 Bobby Shmurda is still working on his raps as he serves his prison sentence stemming from weapons charges. Today, Los Angeles rapper Trav posted a video of the “Hot Nigga” star rapping through a jail phone. The rapper claimed that this was during a phone conversation with Meek Mill, though Meek’s face isn’t in the clip.

The footage shows that Shmurda has at least been working on his rap flow since he was first imprisoned in December 2014. He also mentions before the quick freestyle that he’s been “writing every day,” a habit he seems to maintained during his prison stint. (He mentioned in an XXL interview last March that he’s even wrote a movie script.) You can watch the video below.

Last September, Shmurda was sentenced to seven years in prison, with two credited for time served. Earlier this month, the prison term was extended after he pleaded guilty to promoting contraband, after admitting to trying to equip himself with a shank provided by his girlfriend.