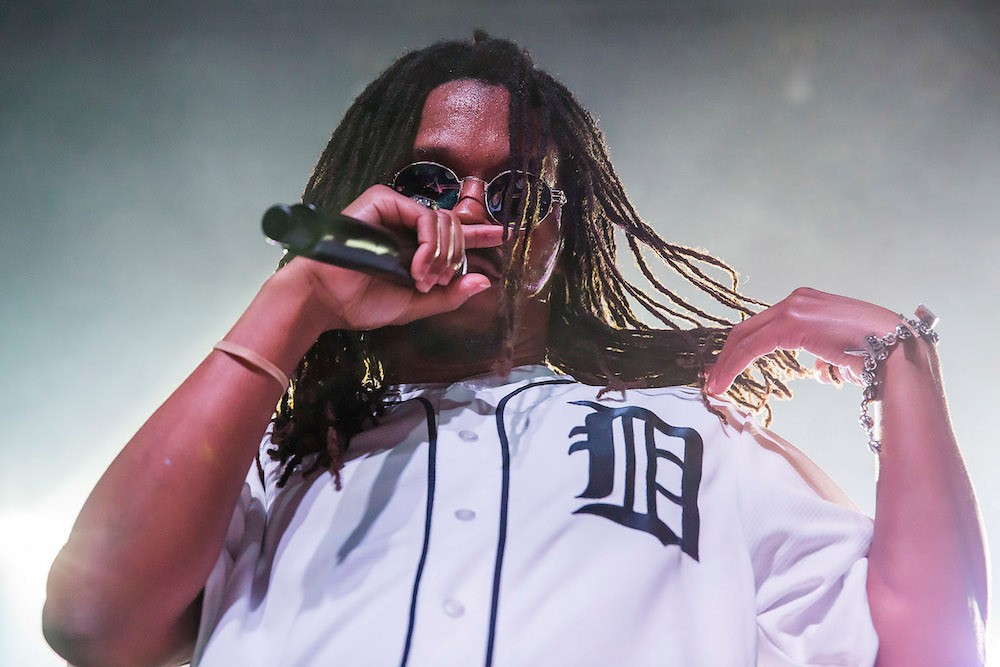 Ab-Soul’s Do What Thou Wilt. dropped on December 9 without that much of a splash, peaking at No. 34 on the Billboard 200 and garnering mixed reviews. Pitchfork’s Sheldon Pearce panned the album, essentially arguing that it was over 60 minutes of wonky form with minimal function (“… it’s unclear what exactly he believes, or worse, what he’s trying to persuade us to believe.”). Other sites praised with the classic hip-hop syllogism: There’s a lot of lyrics, so it must be good.

Lyrical cat Lupe Fiasco is, of course, part of the latter camp. The recently un-retired rapper tweeted a note in which he gives an absurdly verbose and academic positive review of DWTW. Below are some excerpts.

His firm understanding of the mechanics of morphology, syntactical structure, multicategoriality, lexical ambiguity, conceptual assembly and punning allow him to elegantly extract immense amounts of literal and metaphoric meaning from phrases and in some cases single words alone.

With this understanding of language he elevates the common and the banal to a kind of high ornamental vulgarity fit for the average Joe but it’s when he brings this skill set to subjects of the socially esoteric and the hermeneutical that AbSoul IT’s alchemical mastery shines and impresses, questioning the roots of social quo and provoking re-examination of the source with ease and experience.

For all its academic language, Lupe broke a very basic rule of academia: Where’s the evidence? Where’s the mastery over syntactical structure and lyricism that he speaks of? Yes, there are a lot of words in DWTW. But what’s the joy in listening to a 70-minute album that runs on clunky inaccessible internal logic? Sometimes the mastery of form is inherently strong enough to sustain an entire project—see Lil Wayne’s 108-minute Da Drought 3. Other times it’s masturbatory, and that’s no fun. Anyways, Lupe, don’t quit your day job.