Surprise, Ab-Soul’s New Album Is Out This Friday 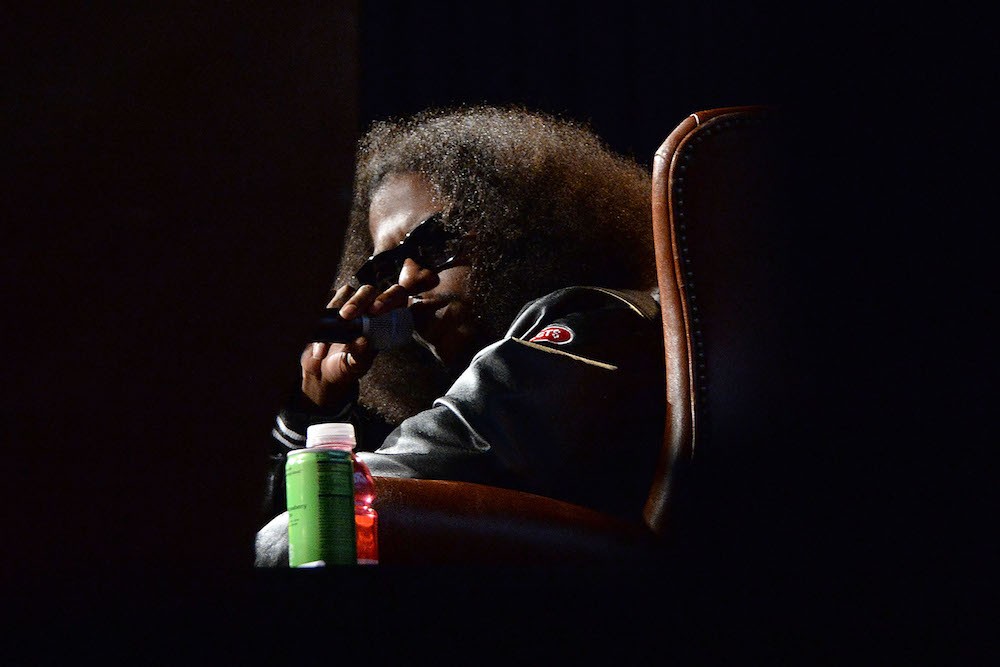 Top Dawg Entertainment is closing out 2016 with at least one more release. TDE CEO Anthony “Top Dawg” Tiffith confirmed on Twitter that Ab-Soul’s new album, titled DWTW, will drop this Friday, December 9. The LP will be Ab-Soul’s first since 2014’s These Days…. DWTW is preceded by the release of “Huey Knew” and “Braille,” both of which dropped this fall.

Ab-Soul celebrated the announcement by tweeting the link to another new song, “Threatening Nature,” which will also appear on the album and features the sort of high-minded stream-of-consciousness lyricism that Ab-Soul has become know for.

DWTW follows a strong line of TDE releases: Kendrick Lamar’s untitled unmastered., ScHoolboy Q’s Blank Face LP, and Isaiah Rashad’s The Sun’s Tirade all dropped to rave reviews. Ab-Soul’s upcoming full-length also comes after a contentious lead-up; last month, Tiffith called him out on Twitter for not finishing the album. Apparently, he believes in Ab-Soul enough to release DWTW on the same day as J. Cole’s 4 Your Eyez Only, which has already caused a conflagration, thanks to those alleged jabs at Kanye West.

Give “Threatening Nature” a listen below.

“Shut Up and Look Ugly for the Homies”: TDE’s Studio Rules Are Hilarious