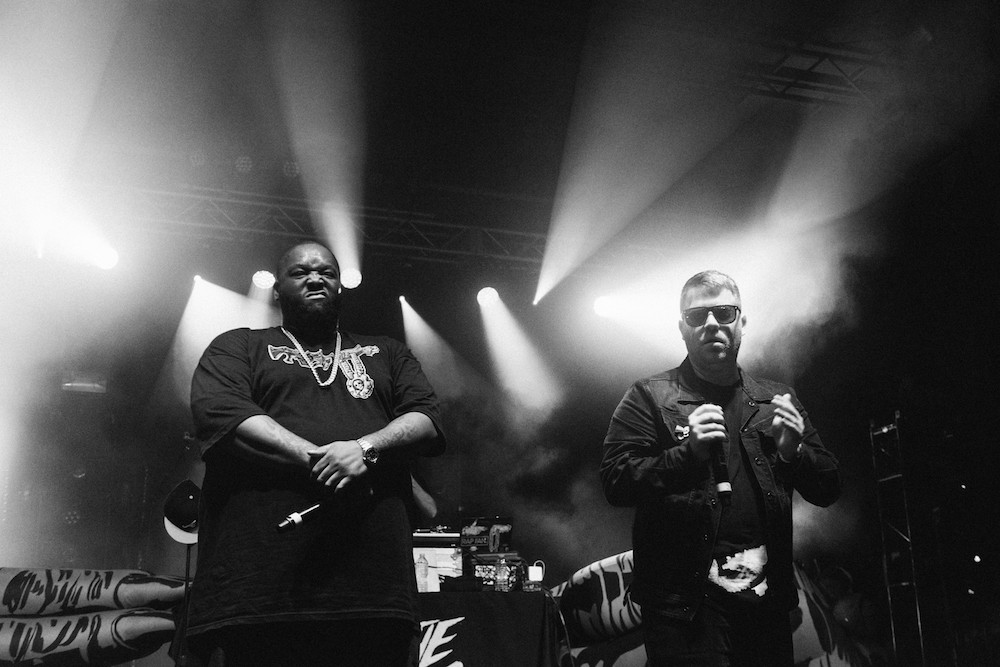 It turns out Run the Jewels 3’s scheduled January 13 release date was too long of a wait for the duo. The pair dropped their new album late night on Christmas Eve instead.

The surprise release isn’t totally abnormal for the pair–back in October 2014. Run the Jewels 2 was similarly made available to their fans ahead of their publicized scheduled date, too.

On RTJ3 Killer Mike and El-P are joined by TV on the Radio’s Tunde Adebimpe, Danny Brown, Trina, Kamasi Washington, and BOOTS. Enjoy the 14-track Christmas gift on iTunes.

Update (12:16 a.m.): RTJ3 was made available to stream for free on the Run the Jewels website, which now seems to have crashed. It is also available to preview via Apple Music

OUR TECH-FORCE HAS JACKED IN TO THE MAIN FRAME AND AQUIRED AN EMERGENCY DOWNLOAD LINK TO RTJ3 BREAK GLASS FOR ALBUM https://t.co/azmQdausVy