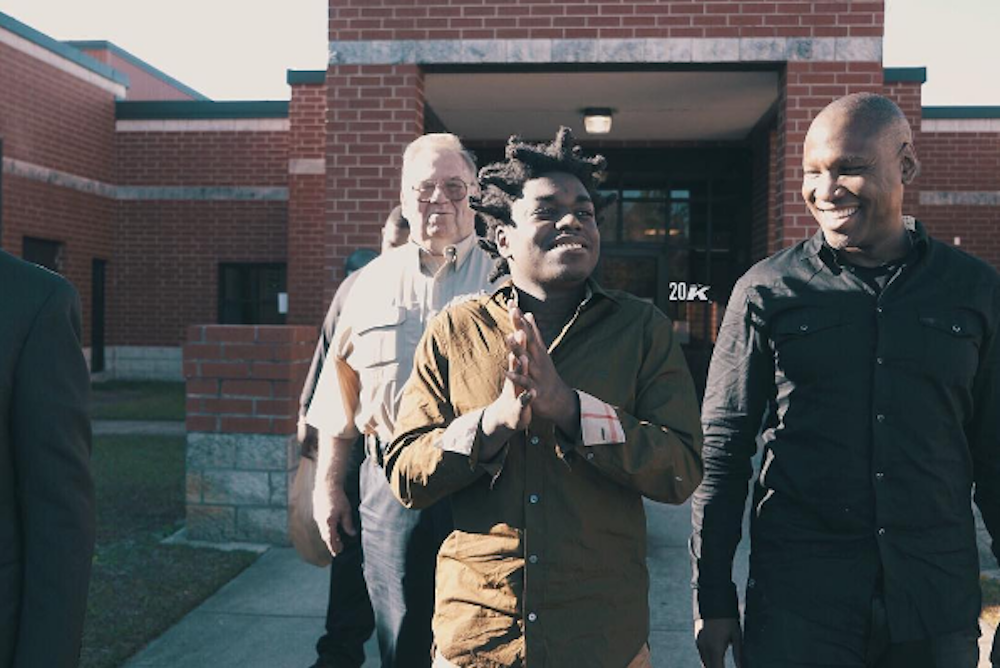 After being extradited from Florida to South Carolina to face sexual battery charges, Kodak Black has posted $100,000 bail to be released from jail. On Thursday afternoon, an image of the Pompano Beach rapper was posted to his Instagram following the release.

“I can’t wait to get back to doing what I love most – working at being the illest rapper alive,” the caption said, after thanking the rapper’s supporters and legal team.

On Wednesday, the graphic details of Kodak Black’s sexual battery charge were made public. The warrant says that during the alleged incident, he “forced the victim onto the bed in the room and then onto the floor of the room,” “removed the victim’s underwear,” and that the “victim repeatedly told the defendant no and to stop. The defendant did not stop.” Sexual misconduct in South Carolina carries a prison sentence of up to 30 years.

Black was previously serving a 120-day sentence after pleading no contest to two misdemeanor drug charges. Back in May, he was arrested for robbery, false imprisonment, possession of a firearm, and possession of marijuana. Black entered a no contest plea deal that mitigated a prison sentence for 12 months of house arrest and five years of probation. It was during the jail release process when authorities discovered the outstanding arrest warrants for the misdemeanor drug charges and sexual battery.

SPIN has reached out to Kodak Black’s representative for comment.

I'm happy to finally be going home to my family and friends. I look forward to clearing my name in the very near future. I want to thank God, my family, my team (Vanessa, Phatboy and James McMillan), Atlantic Records, my lawyers and all of my fans for your continuous love and support. I can't wait to get back to doing what I love most – working at being the illest rapper alive.