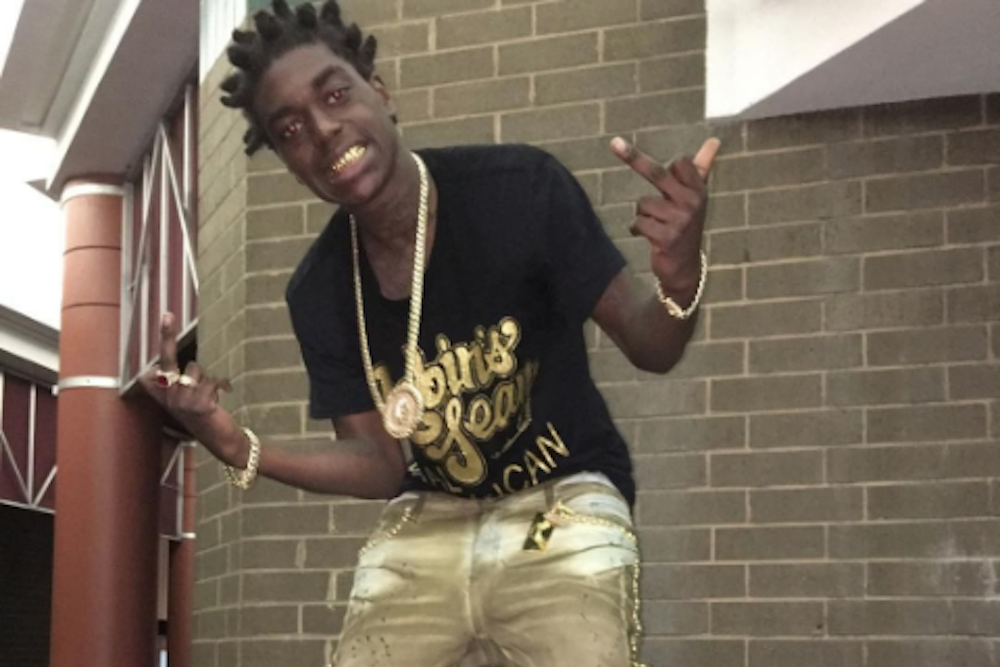 Kodak Black has been accused of sexual battery stemming from an encounter in Florence, South Carolina, according to the Sun-Sentinel. The Florence County Sheriff’s Office alleges that on February 7, Black — born Dieuson Octave — engaged “in the sexual battery of the victim at a hotel located at 2120 West Lucas Street, Florence, S.C.”

The 19-year-old rising star was scheduled to be released from prison earlier this month after a judge offered one year of house arrest and five years of probation following his 91-day imprisonment for armed robbery and false imprisonment. But the next day, authorities discovered outstanding warrants during the release process. One, out of Florida’s St. Lucie County, was for misdemeanor cannabis and paraphernalia charges, while the other was for the incident detailed above — a felony count of criminal sexual conduct in the first degree in South Carolina.

Black will be transported to Florence County for arraignment in the near future.