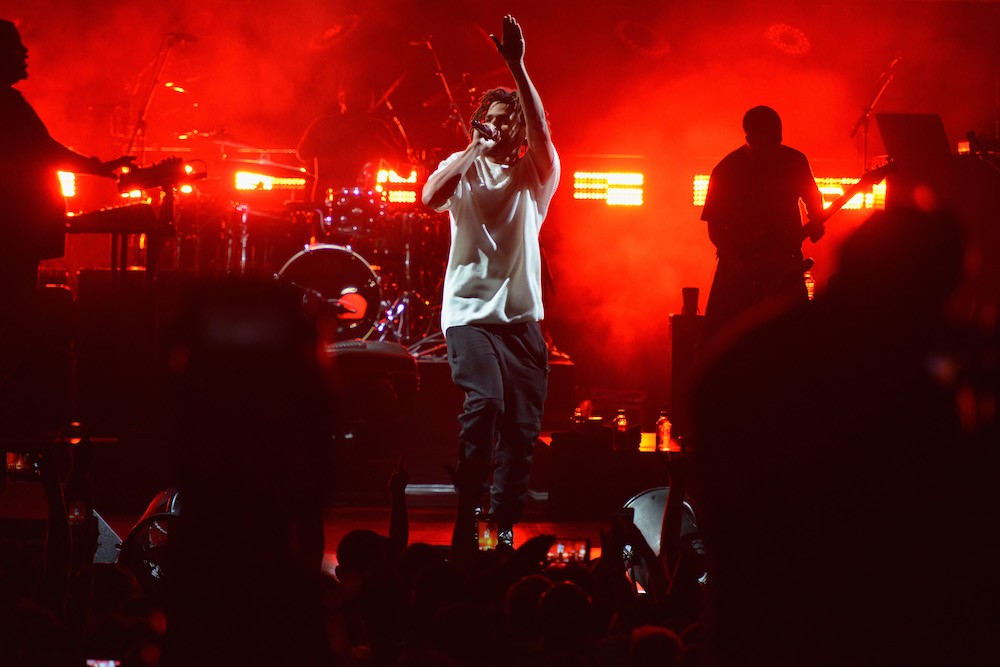 Kanye West is possibly the subject of a J. Cole subliminal diss. Last night, TIDAL released a 40-minute documentary called Eyez, a look at the making of his upcoming album 4 Your Eyez Only. The music video for “False Prophets” plays around the 30-minute mark, and it’s there where J. Cole lets off some acidic bars over the instrumental from Joey Bada$$’s “Waves.”

“You lose your grip you could slip into an abyss. No doubt, you see these niggas trippin”

“Ego in charge of every move, he’s a star/ And we can’t look away due to the days when he caught our hearts. He’s falling apart but we deny it/ Just to find the half-assed shit he drop, we always buy it”

“There was a time when this nigga was my hero maybe / That’s why his fall from grace is hard to take, cause I believed him when he said his shit was purer and he / The type of nigga swear he real but all around is fake.”

“Wonder if it’s my fault for idolizing niggas’ words that they be rappin / But come to find out these niggas, they don’t even write they own shit”

While the final line could be a jab at Drake—the ghostwriter controversy came after the release of 2014 Forest Hills Drive—the preceding three echo the criticisms of some Kanye fans: the West who made “Jesus Walks” was a genius who made music for the people, and the West who made Yeezus is a narcissist surrounded by yes men.

Of course, J. Cole and West have collaborated before on the G.O.O.D. Friday track “Looking for Trouble.” Released before his debut album, J. Cole’s anchor verse was considered a big look for him.

Recently, Kanye has been in the news for the cancellation of his Saint Pablo tour, and his subsequent hospitalization.

Who is J. Cole rapping about? pic.twitter.com/6J8CQBB3x1