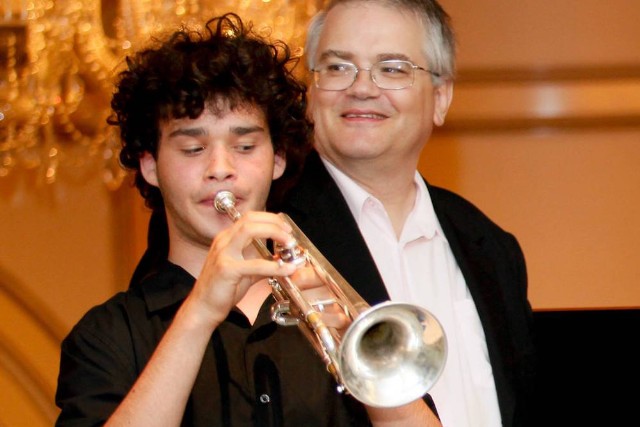 Nico Segal, the trumpeter from the Chance the Rapper-affiliated Social Experiment, has decided to leave behind his stage moniker of Donnie Trumpet. The reason? Donald Trump’s election.

Segal wrote on Facebook today that “Donnie Trumpet” is a pun derived from Trump’s name. He’s decided to drop the name in an effort to distance himself from the divisive president-elect.

“What began as a joke, a silly play on words, is not funny anymore,” Segal says. “I don’t want to be connected to Trump’s hateful tone or his hurtful message. I don’t want to be misrepresented or misunderstood. Trump’s beliefs are not mine.”

He continued: “From this point on, call me Nico. I am proud to be part of a multicultural family, from the great City of Chicago. I am grateful for the diversity of friends and family who have taught me and believed in me and encouraged me. I couldn’t stand to ever hurt them, or you.”

Read the statement in full below.