Is That a Headless Donald Trump in Marilyn Manson’s New Teaser for “Say10″ Video? 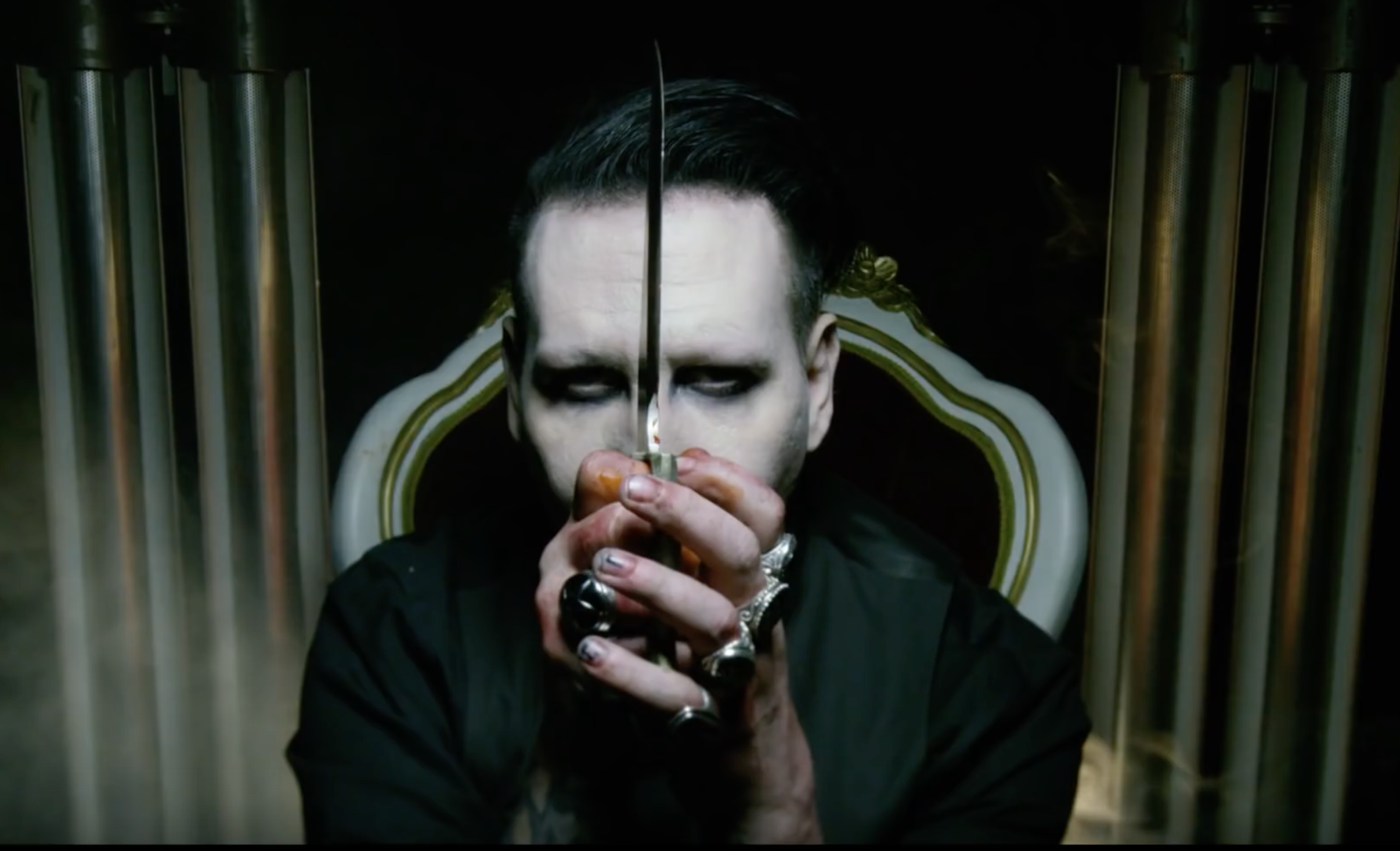 At the eleventh hour of the election cycle, Marilyn Manson finally comes through with his artistic statement on the 2016 presidential race. Well, sort of. In a new minute-plus clip from the video for his new song “Say10″ (say that out loud and you’ll grasp the true meaning of the title) Manson sits on an ornate chair, and rips pages out of the Bible. Eventually, we get some flashes of a beheaded body in a suit with a red tie. The Daily Beast, who posted the video with an accompanying interview with Manson, ran a headline promoting it as a “Shocking Trump Video,” but there’s so wig or orange pallor visible to make us sure of the fact.

In the interview, Manson confirms that he wanted to keep things ambiguous:

“Right now we’re in such a state of confusion when it comes to religion, politics, sexuality, and how they all tie together, and it’s being turned into a circus and a sideshow—and that’s something that I’ve been described as a ringleader of…It seems like a time for me as an artist, and as an American artist, to make something that causes a new set of questions to arise that aren’t simply statements.”

So Marilyn believes he’s become a star now … in the American-sociopolitical-climate show. Maybe a bit rich, some might argue. Some crucial context for the video: Manson told the Beast in September that he won’t vote this year. “I just don’t agree with either pile of shit that’s on the menu,” he said. “It’s cat shit and dog shit. I mean, I like cats, but one turns into white dog shit and one turns into cat litter. I’m going to go with no shits.”