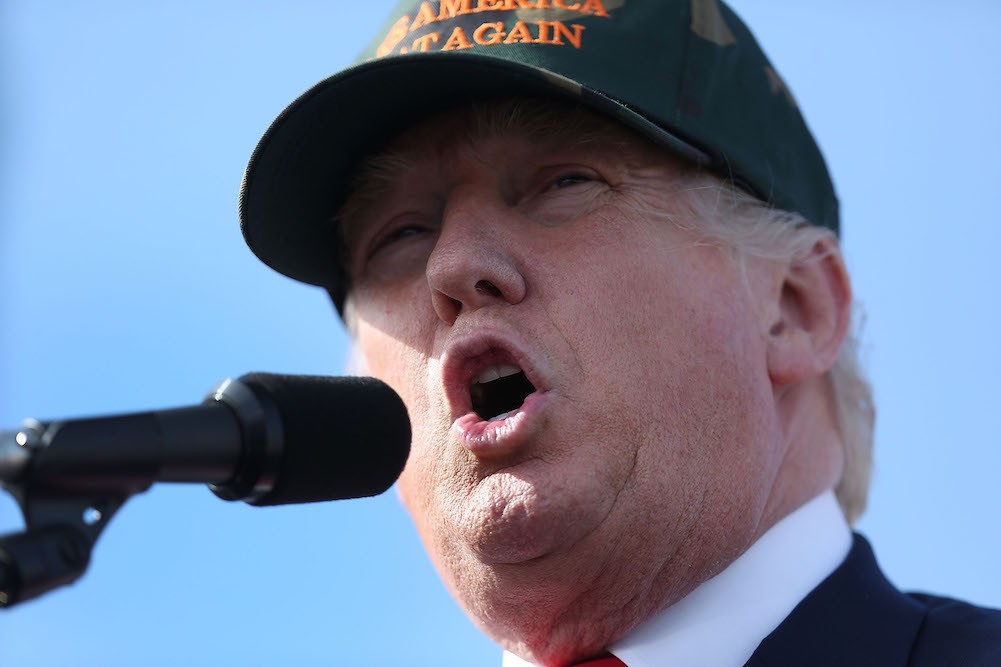 Update: The LAPD has arrested a suspect on suspicion of felony vandalism, according to the Hollywood Reporter. Yesterday, a man named James Otis told Deadline that he did it, but police haven’t confirmed his identity.

Donald Trump’s Hollywood Walk of Fame star got smashed by a vandal on Wednesday morning. Deadline reports that a man named James Otis destroyed the monument with a sledgehammer and pick-ax at around 5:45 a.m., a time when few police and witnesses are at the site. He told the outlet that he originally planned to auction the star off in New York to raise money for the women who’ve come forward to accuse Trump of sexual assault. However, it just ended up getting wrecked to shit.

The star was originally dedicated to Trump in 2007 for his hosting gig at NBC’s The Apprentice. This isn’t the first time a Walk of Fame star has been tampered with (Bill Cosby, Gregory Peck), and it certainly isn’t the first time it’s happened to Trump’s during his presidential campaign. A reverse swastika was painted on his star last January; a mute sign was painted on it back in June; a street artist surrounded it with a miniature wall a month later. The star was fixed shortly after the incidents, though the damage is more serious this time around.

There’s been no arrest made following the most recent incident. Give the footage of the aftermath a look below.

Someone just destroyed Donald Trump’s Star on the walk of fame with an AXE pic.twitter.com/mrZlBru0gZ