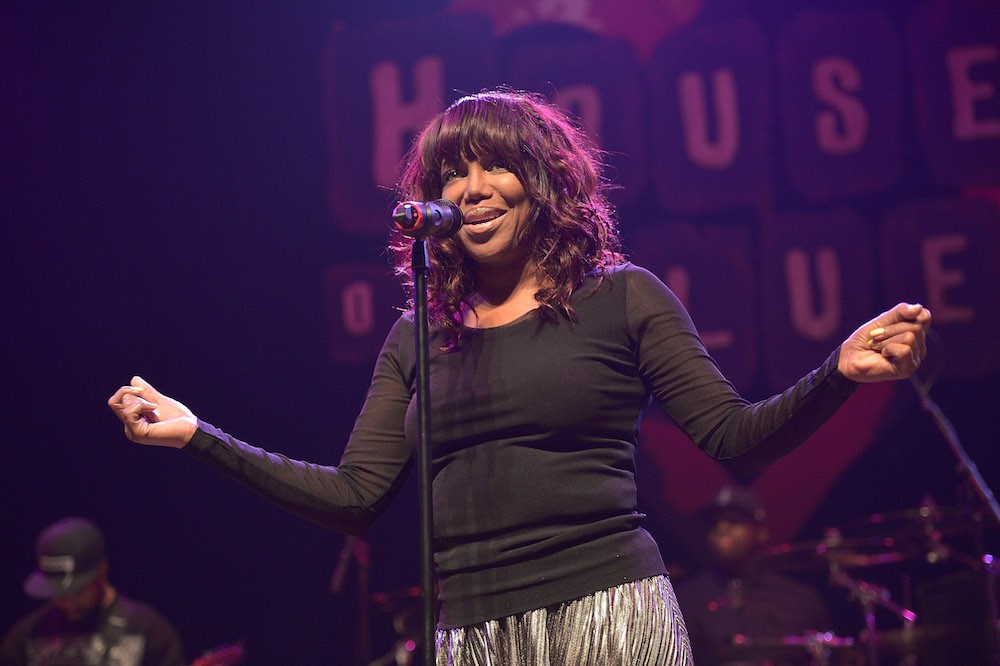 In October, Lifetime will premiere Surviving Compton: Dre, Suge & Me, a TV movie that focuses on the abusive relationship between Dr. Dre and R&B singer Michel’le. A sneak peek of the film—which is told from Michel’le’s perspective—debuted at the end of August, but Lifetime just dropped a one-minute trailer for the project.

The footage follows Michel’le (Rhyon Nicole Brown) through her first session with Dr. Dre (Curtis Hamilton), her entanglements with the infamously felonious Death Row, and the abuse she suffered from the superproducer—at one point, he’s shown choking her in front of collaborators.

Surviving Compton was indirectly birthed by the controversy surrounding last year’s Straight Outta Compton, which ignored Dre’s abusive behavior. Dee Barnes—the journalist Dre notoriously assaulted at a party in 1991—and Michel’le both publicly spoke out against the N.W.A member and the film. “I was just a quiet girlfriend who got beat on and told to sit down and shut up,” Michel’le told VladTV last year.

The Lifetime film premieres October 15. Watch the trailer below.