'Blank Face' is out, by the way 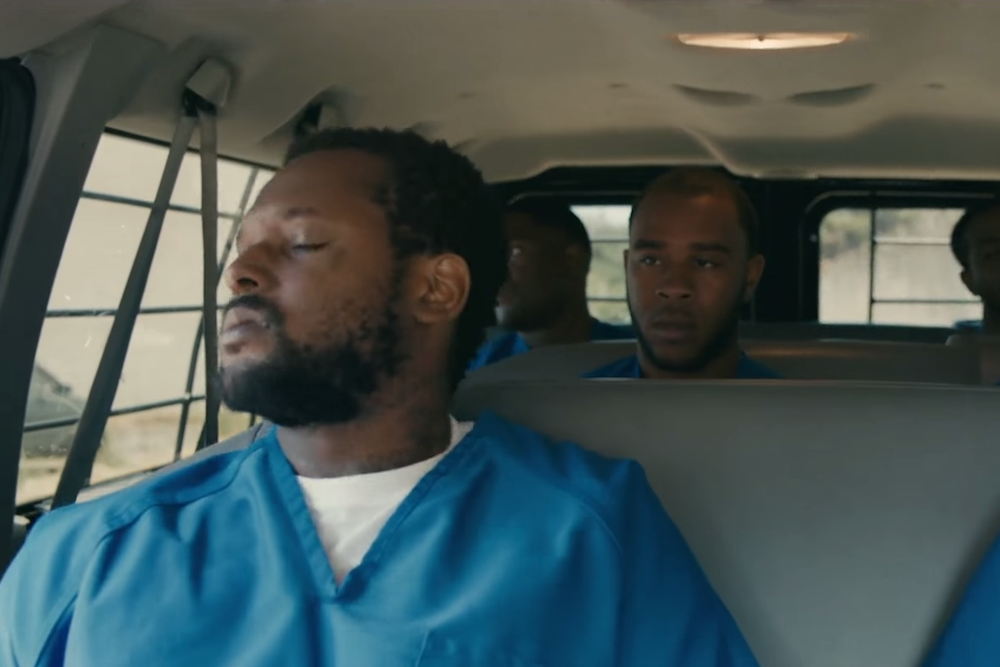 ScHoolboy Q’s Blank Face film series took us from a day in the hood to a prison bid following a pawn shop robbery. Now, the TDE soldier opens the work week by closing off the trilogy with “Black THougHts.”

In interviews, ScHoolboy Q has said that he loved his daughter so much that he almost quit rap for her. She’s the focal point of this finale. Legal counsel offers him a shorter time in jail if he agrees to a plea deal. “Don’t you have a daughter?” they ask.

The rest of the clip finds ScHoolboy Q ruminating over marijuana clouds before he takes the bus to jail, sadly leaving his daughter behind.

It’s a heartbreaking end to the trilogy, and it’s also been an unfortunate past couple of days for the TDE star — as well as America. The outrageous police brutality incidents have far overshadowed Blank Face’s rollout, and ScHoolboy has made his anguish known in a response to a fan. He also addressed Alton Sterling’s death in his “THat Part” remix.

I understand bro, on a day I’m supposed 2 Happy I’m sitting Here fucked up about everytHing goin on myself https://t.co/MaHB4nXkGP