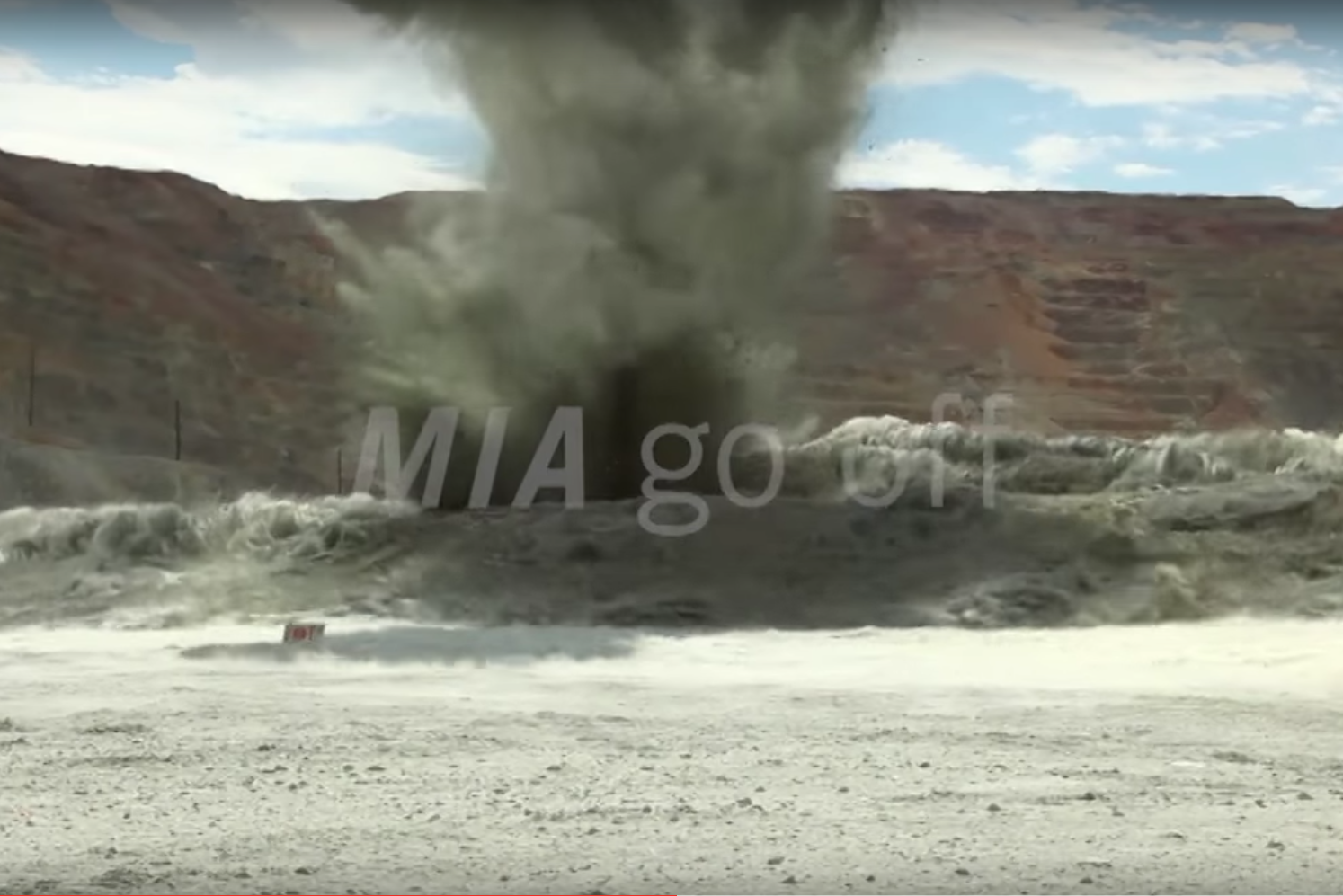 After premiering new single “Go Off” on Annie Mac’s radio show yesterday, M.I.A. has quite literally launched it with a video full of explosive excavations and earthmoving equipment. There are no people visible in “Go Off,” but the evidence of human activity is everywhere. In a particularly self-aware moment, the force of one blast even appears to knock over the camera.