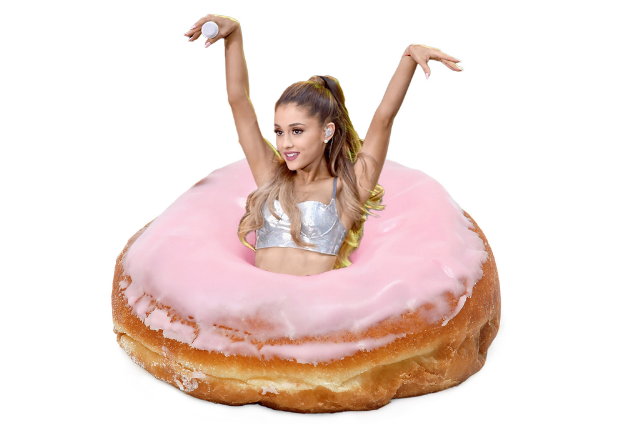 Nearly 20,000 emails stolen from Democratic National Committee computers, apparently by Russian government hackers, were posted to WikiLeaks this week. Among the lower-stakes revelations contained within this trove: Ariana Grande missed out on a chance to perform for President Barack Obama because of last year’s donut-licking scandal. (To recap: TMZ published video of Grande licking — but not eating — the goods at a donut shop, then saying, “I hate America.”)

In a leaked email with the subject line “Performer for POTUS,” DNC finance director Zachary Allen asked, “Can we also vet Arianna [sic] Grande?” Deputy compliance director Kevin Snowden came through with an extensive survey of literature on the singer’s behavior, which he summed up thusly (using part of Grande’s full name, Ariana Grande-Butera):

Ariana Butera-video caught her licking other peoples’ donuts while saying she hates America; Republican Congressman used this video and said it was a double standard that liberals were not upset with her like they are with Trump who criticized Mexicans; cursed out a person on Twitter after that person used an offensive word towards her brother.

Can a confessed donut-licker who is truly very, very sorry still be permitted to perform for the Commander in Chief? “Nope, sorry,” replied Obama political advisor Bobby Schmuck. Alas, the Dangerous Woman will never get close enough to lick the White House hors d’oeuvres. (Read the original emails here, via Gawker.)