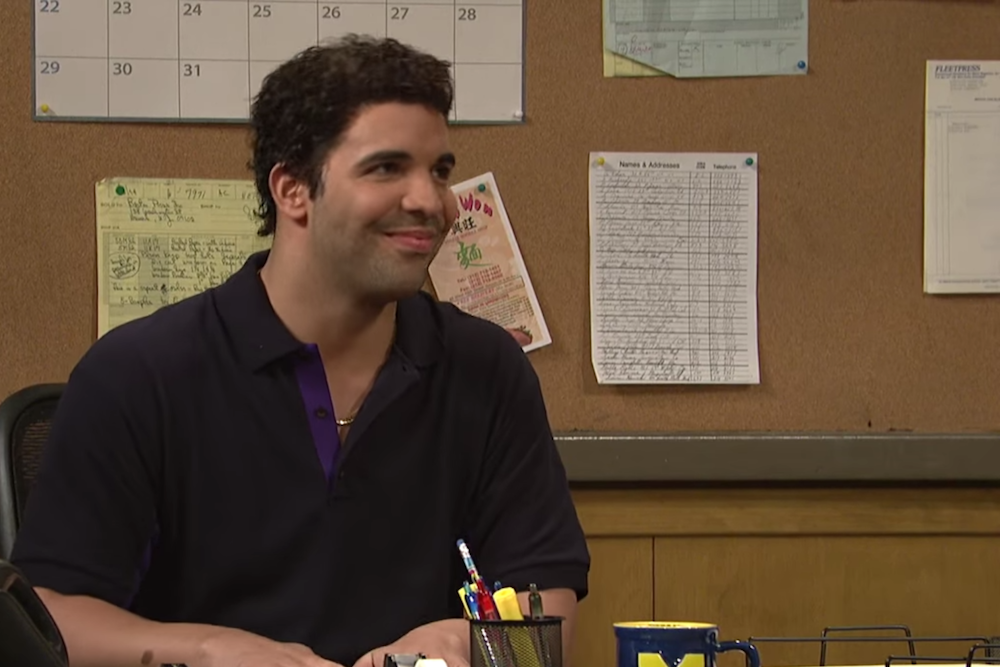 Drake took over May with the blockbuster release of Views and his second hosting gig on Saturday Night Live. He’s still on top in June: the album has been No. 1 on the Billboard 200 for eight straight weeks, “One Dance” is still the No. 1 song in the country, and now, there’s a brand new, cut-for-time SNL sketch featuring Drake on YouTube.

In the skit, Drake plays a new Kinko’s employee named Derek. The entire thing plays off how workplace in-jokes are often weird to only the new guy, who plays along anyways just to prove he’s down. Since it’s a Saturday Night Live skit, the workplace comedy is downright bizarre. Check out the four-minute joke below.