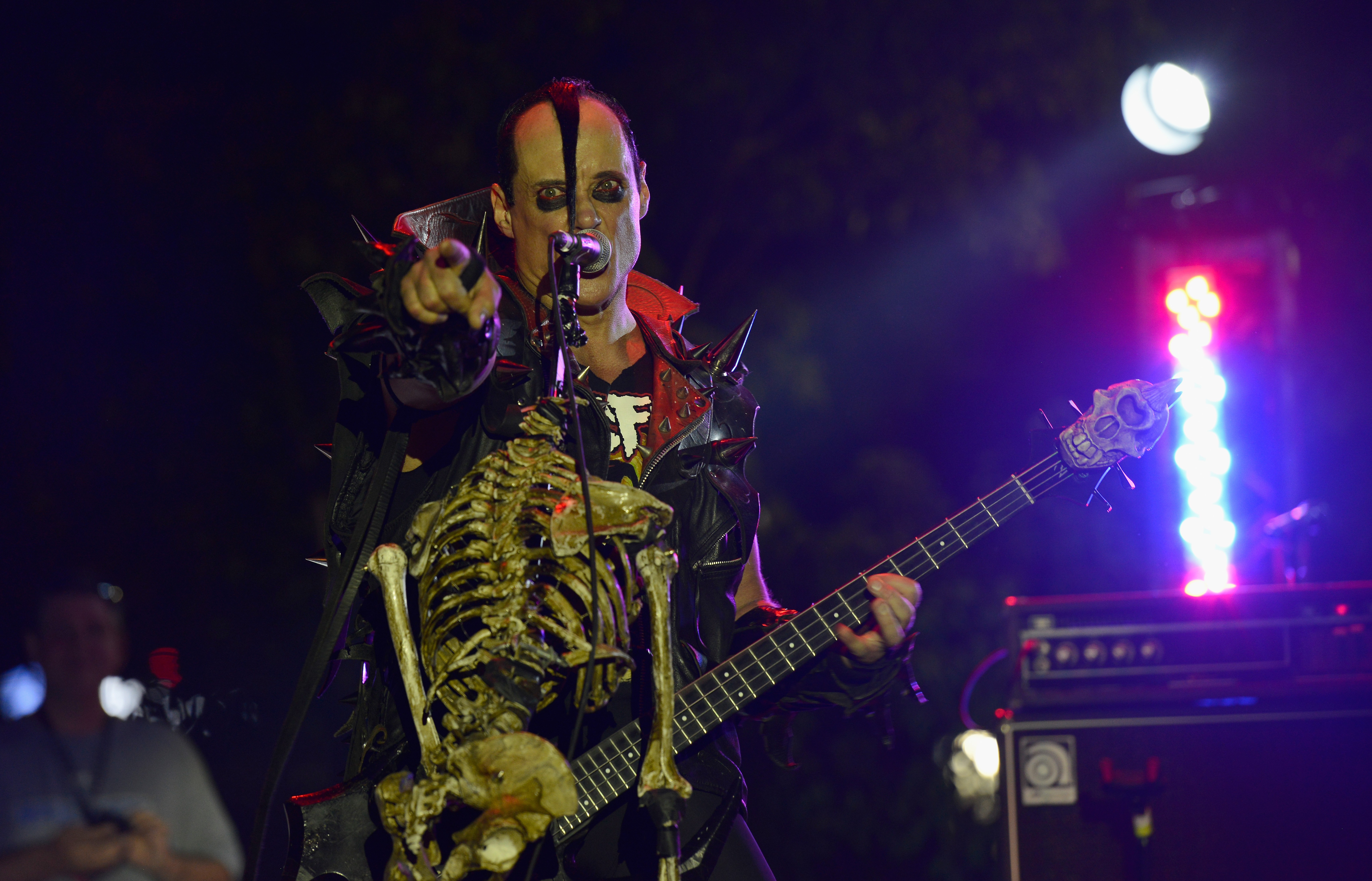 The 2016 edition of Riot Fest has finally announced both its lineups, for Denver and Chicago, and the unmistakable biggest story is the reunion of Jerry Only and Glenn Danzig performing for the first time together in three decades as the Original Misfits. But festival weirdo mainstays Ween are also back together, and in Denver, Jane’s Addiction will be performing their influential 1990 swan song Ritual de lo Habitual in full.

Deftones, Death Cab for Cutie, and Nas are also on both bills, among others, and SPIN faves such as Vince Staples, Against Me!, GZA, and White Lung pepper the lineups as well. The posters for the full lineup announcements (with a couple slots indeed yet to be announced) are below. 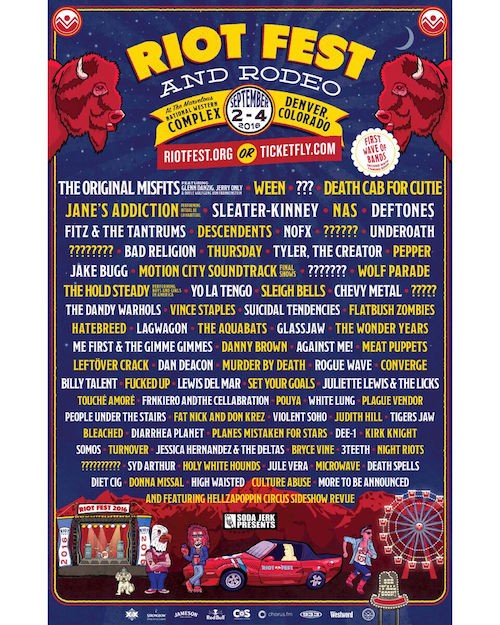 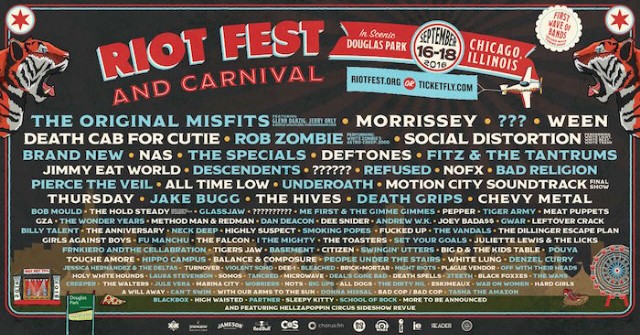