But not in Toronto, because that's canceled 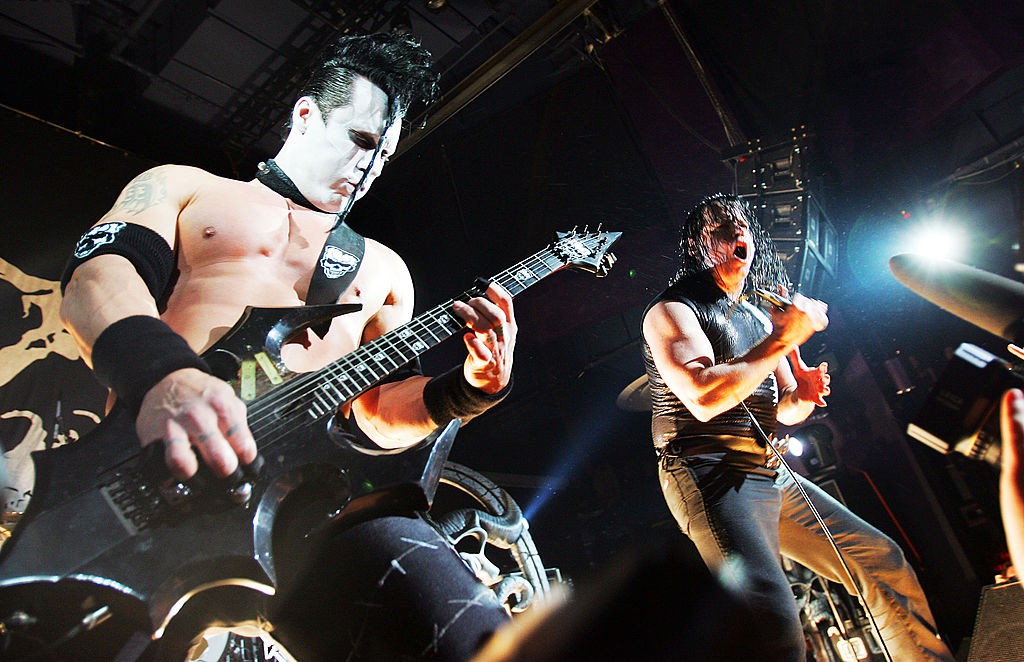 Glenn Danzig and Jerry Only appear to have overcome any personal animosity inspired by their fight over the right to put the Misfits’ “crimson ghost” logo on all manner of Hot Topic crap, because the legendary pair is reuniting for Riot Fest this year. Perhaps they ran out of money from licensing deals?

Riot Fest teased the reunion yesterday with a static-filled YouTube clip that subtly flashed the Misfits logo. The festival poster bills Danzig, who left the band in 1983, as the “original singer/songwriter.” Only, an early member who’s led the horror-punk act’s latter-day incarnations (and bears responsibility for the explosion of second-rate merch), remains on bass. Danzig’s brother, Doyle Wolfgang Von Frankenstein, will play guitar.

Danzig and Doyle played a series of shows together in 2004 and 2005, but the Riot Fest dates will be the first time Danzig and Only have regrouped. The announcement didn’t specify a drummer. The Misfits’ most recent album, 2011’s The Devil’s Rain, was recorded by a lineup featuring Only, former Black Flag guitarist Dez Cadena, and drummer Eric “Chupacabra” Arce.

Riot Fest takes place September 2 through September 4 in Denver and September 16 through September 18 in Chicago. In a separate announcement, festival organizers said Monday that they would no longer host a Toronto event, following Live Nation Canada’s purchase of a local promoter. Check out the Riot Fest reunion poster below. 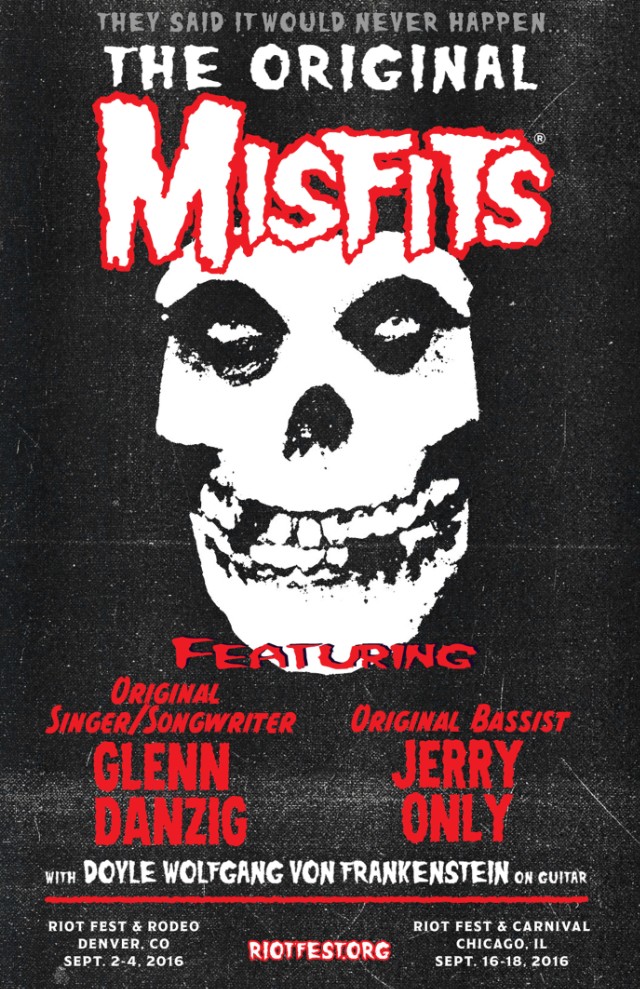